The Tynecastle winger revealed that a few tough years made him consider life outside football. 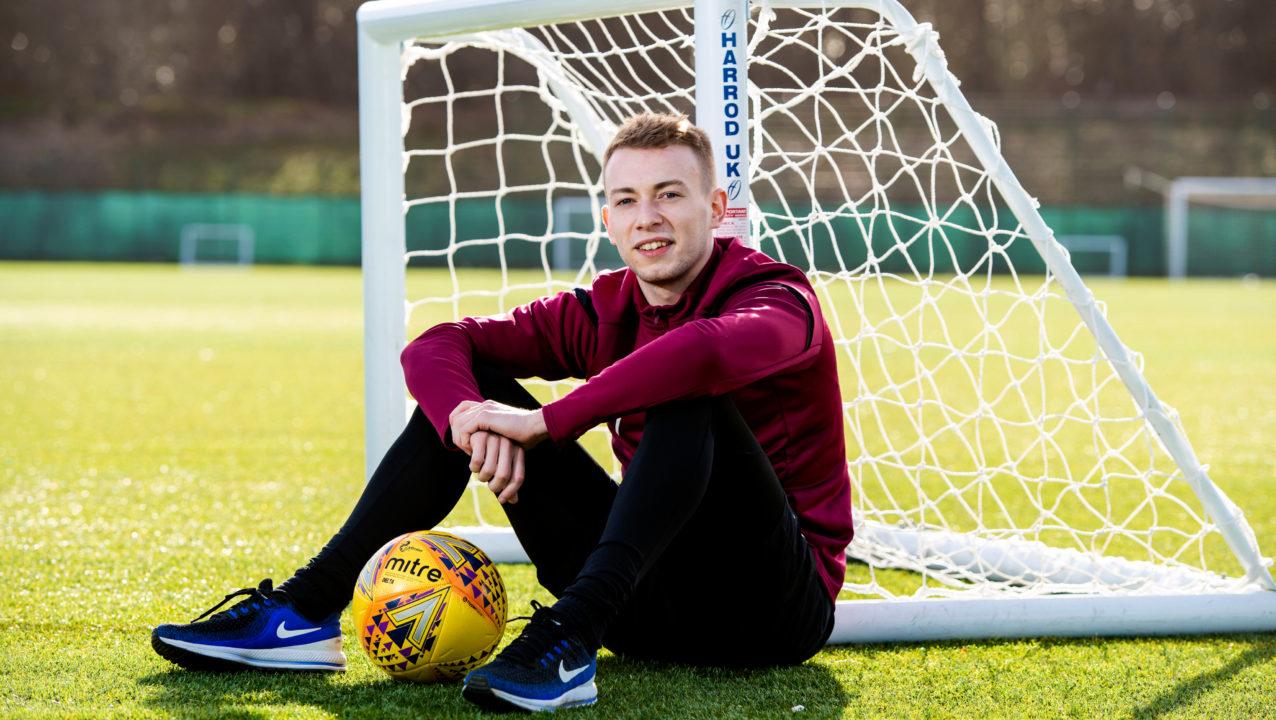 Lewis Moore has enjoyed the best week of his life at Hearts just months after thinking about quitting the game.

The 21-year-old winger is a product of the Tynecastle youth academy but endured a disrupted start to his senior career with three loan moves compounded by the traumatic death last summer of his father Michael.

Moore was considering his future before boss Daniel Stendel took over from Craig Levein in December but he has rediscovered his mojo.

Recent wins over Rangers and Hibernian and a draw against Motherwell has left him rejuvenated albeit the Gorgie side are bottom of the Ladbrokes Premiership ahead of their visit to fellow strugglers St Mirren Wednesday night.

“The last week has probably been my best week as a Hearts player,” said Moore. “I’m going into every game now believing I should be in the team.

“I’ve been here since under-10s and I made my debut at 17 against St Johnstone in the last game of the season then went on loan to Cowdenbeath.

“That was an experience. Liam Fox was the manager. I was playing every week there. Not so much football – more like rugby.

“I came back and was involved under Craig Levein and played 15/16 games. I thought I was going to be involved again but after pre-season I got told I was going on loan to Forfar – and to be fair I enjoyed it.

“Then I lost my dad and that was the worst time of my life. My head was all over the place. I was coming into training but I didn’t want to be there.

“I made the mistake in that I didn’t tell anyone at the club so the first two weeks of pre-season I was obviously miles off it.

“But when they told me I was going on loan (to Falkirk), I broke down and told them and I got all the support in the world.

“Hopefully I’m not in that situation again but I wouldn’t make the mistake of keeping it in again. Even still, I have my good days and bad days, I am sure he will be proud of me now.

“The first six months of the season were terrible. When I went to Falkirk they thought I was a left-back. I couldn’t believe what was happening.

“I don’t think it benefited me at all. It was just a waste of time. I was going to go and get a job, that’s how I was feeling at the time.

“I just didn’t want to play football. It was constant set-backs. I was 21 and I wasn’t even getting a game in League One at the start of the season so I thought, ‘how am I meant to play for Hearts’?”

Moore is in a more positive place now and aims to help Hearts steer clear of relegation, starting against the Buddies whom they trail by three points.

He said: “My mind-set has totally changed now. My contract is up in the summer but my priority is to get Hearts away from relegation.

“I thought I was going out on loan again in January but thankfully the gaffer saw something in me.

“I knew the way he wanted to play I could fit right in and I am glad I’m doing that.

“The game is bigger than huge. It is a must-win. We probably took our time to realise we are in a dog fight and Wednesday is massive.”