Pro golfer Alain Tait travelled to Italy for one night to surprise his birthday. 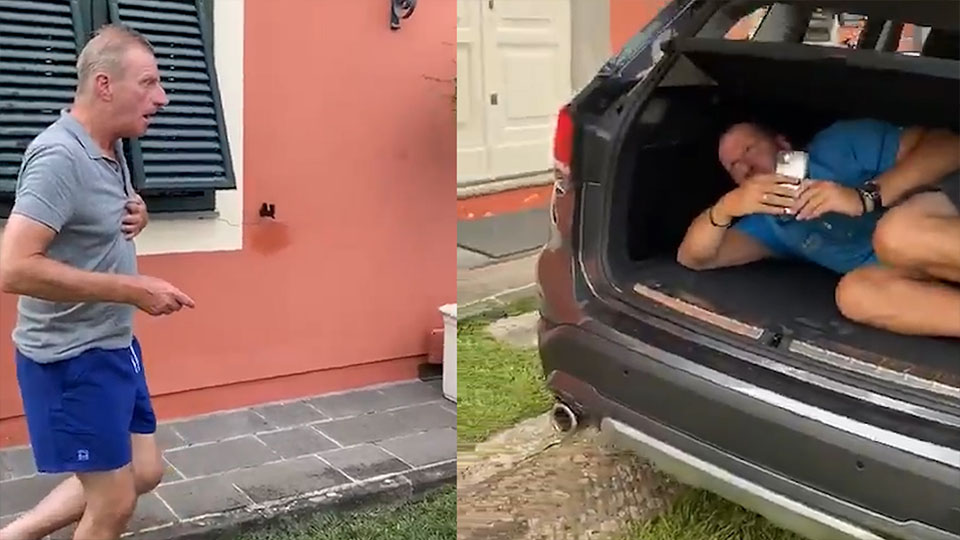 A Scots man flew to Italy for one night to surprise his big brother on his 58th birthday – by hiding in a car boot.

Professional golfer Alan Tait, who calls himself ‘the master of surprises’, jumped out in front of his speechless sibling John.

After capturing the moment on camera, Alan told STV News: “John is out there on a one-week holiday with his wife Anne, my niece Jennifer and her boyfriend Ruaridh.

“I have never managed to surprise my big brother before.

“I’ve surprised my sister twice in Tenerife, I surprised my parents in Portpatrick two years ago and last year I even went to Australia for five days to surprise my aunt for her 80th.”

After checking his diary a few weeks ago, Alan realised he could only be away for one night.

Nevertheless, he booked his flight and went to Lucca, in Italy.

“The trip was so worth it to see the look on big John’s face. I thought he was going to have a heart attack.”