Lakhvir Singh says the people of Pollokshields are giving him 'the strength and courage' to continue fight to remain in country. 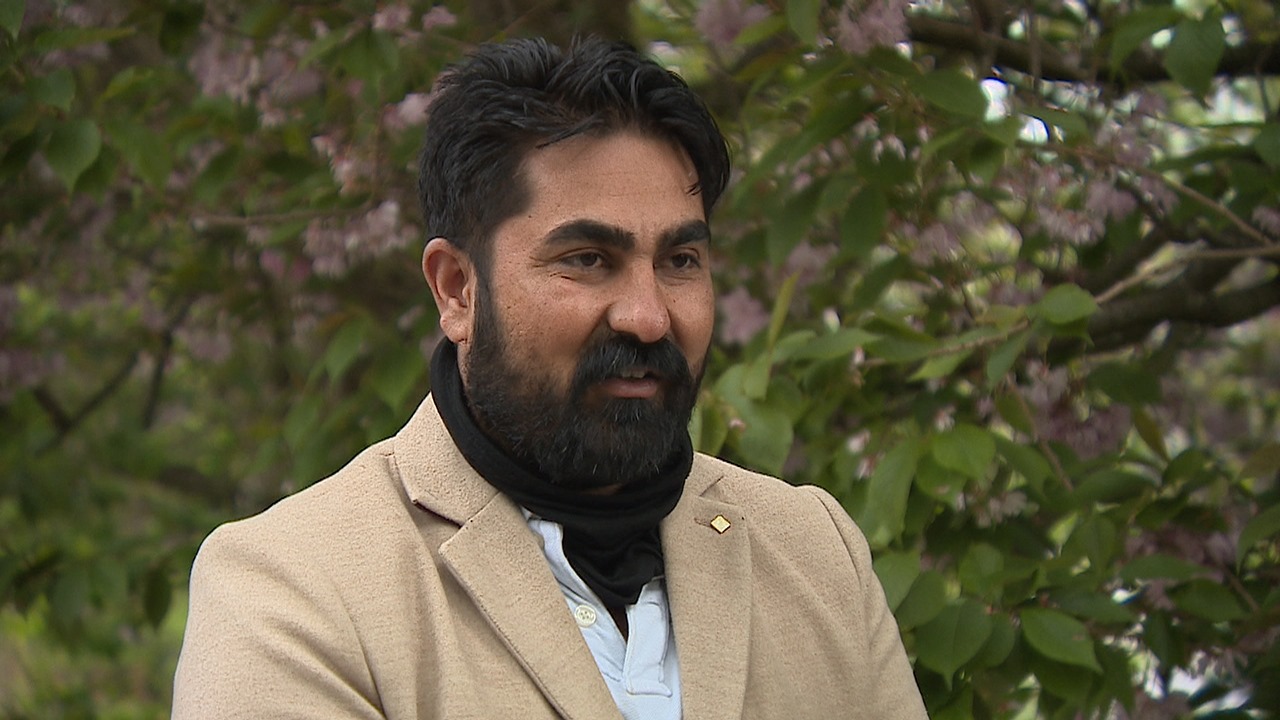 One of the men detained by immigration officials for eight hours, sparking a large protest in Glasgow’s south side, says the support of his community is giving him the strength to continue his fight to remain in Scotland.

Indian national Lakhvir Singh, a mechanic, met with his lawyer on Friday afternoon following the raid in Pollokshields.

On Thursday, a large crowd quickly moved to block a Border Force van – which had Singh and Sumit Sehdev inside – and prevented it from leaving Kenmure Street.

The two men have been in the UK for the last decade but are still without leave to remain status.

Singh came to Scotland for work but his visa expired in 2016. Applications to renew were rejected and he was due to appeal again before the Covid pandemic hit.

He told STV News he felt “very lucky” as a result of the support he received during the protests in Pollokshields.

He said: “I was letting them (Border Force officials) know that I didn’t want to go, I am a part of the society and I have given so much to the community as well -I did not want to go.

“I am very scared and I do have fear inside me because until my case has been cleared I am living with fear every day. It’s the people that have given me the strength and the courage to continue going further with this.”

During an urgent questions session in the Scottish Parliament on Friday, Justice Secretary Humza Yousaf was asked about the Scottish Government’s response and its engagement with the Home Office.

Yousaf said he and the First Minister had spent a significant amount of time on Thursday speaking to the Home Office and Police Scotland to find a safe solution.

He said: “The actions of the Home Office yesterday were at best, utterly incompetent, at worst intended to provoke.

“Either way they were completely unacceptable.”

He said Police Scotland had been placed in an “invidious” position, and he had urged the Home Office to abandon the forced removal.

The Justice Secretary said it had been reckless to take the action during an upsurge of Covid cases in Glasgow, as well as during the festival of Eid.

A Home Office spokeswoman said on Thursday: “The UK Government is tackling illegal immigration and the harm it causes, often to the most vulnerable people, by removing those with no right to be in the UK.

“The operation in Glasgow was conducted in relation to suspected immigration offences and the two Indian nationals complied with officers at all times.

“The UK Government continues to tackle illegal migration in all its forms and our New Plan for Immigration will speed up the removal of those who have entered the UK illegally.”