Rugby-daft Scott Wilson was pleased to video chat with Scottish legend Gavin Hastings about his journey. 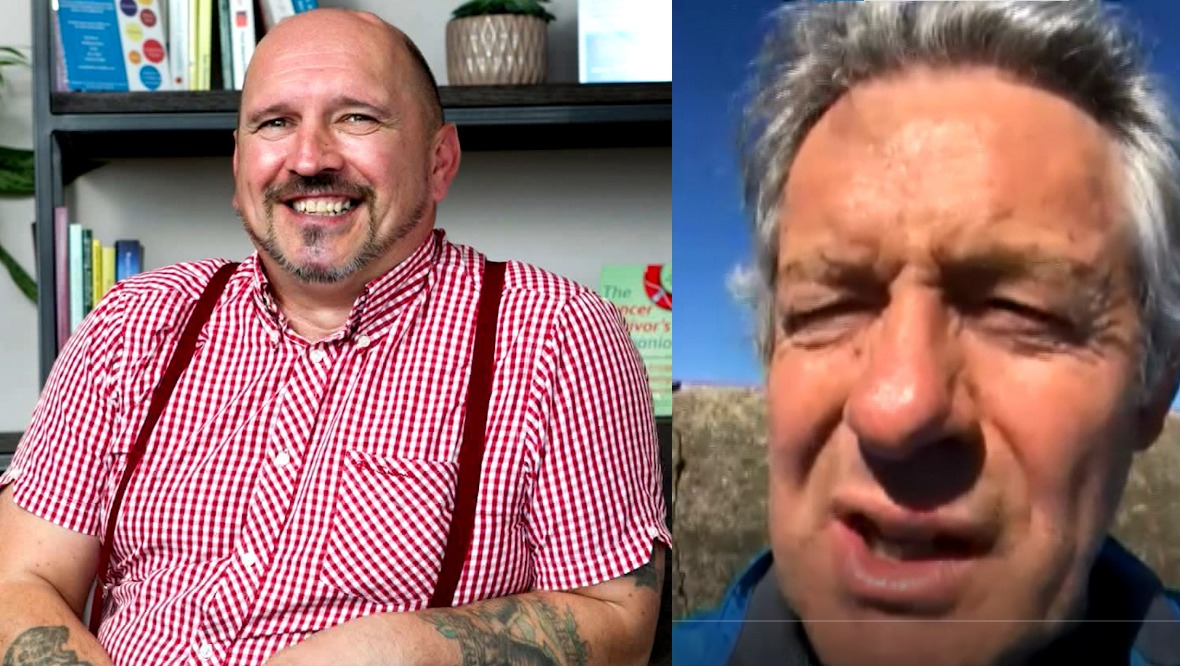 A former firefighter who has lived with Parkinson’s Disease for more than a decade has received a surprise message from his sporting hero.

Rugby-daft Scott Wilson, from Lanarkshire, was pleased to video chat with Scottish legend Gavin Hastings during an interview with STV News.

Scott told STV News he has lived with the disease for 13 years.

The 53-year-old has always tried to remain upbeat about his condition but has struggled during lockdown.

He said: “I think I’m lucky in a kind of oddball sort of way. It could be worse.

“I had a really bad six months where I was losing the feeling in my hands and my legs, changing medication. But we are over the hill now.”

Former rugby player Gavin said his wife also has the illness and says he knows how vital support is.

He told Scott: “It’s really important to live for today, I’ve always said this, today is the most important day.

“You can’t do anything about yesterday and tomorrow can take care of itself when it comes around.

“If you can just take each day as it comes, just be positive when you have a day like today, you know just enjoy it for what it is.”

Parkinson’s is not their only common ground as the pair share a love of Rugby. And luckily for them, the Dark Blues have been on record-breaking form.

Like so many others who’ve met online this year — this might just be the start of a new friendship.