The two chicks were spotted at the Union Street entrance on May 10. 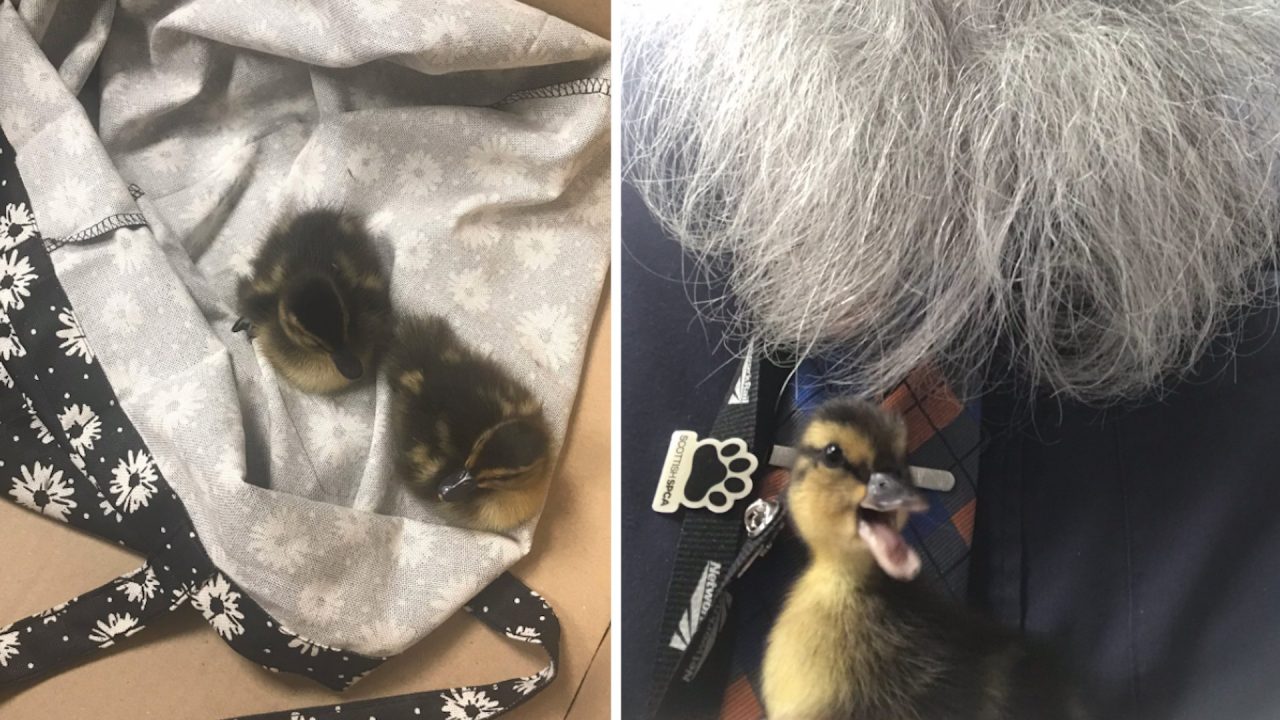 Two ducklings were found at Glasgow Central Station without their mum.

Heather Clanachan, customer services assistant at the train station, spotted the two chicks at the Union Street entrance on Monday.

After spending a few hours with Paul Lyons, historian at Glasgow Central, the two baby ducks were taken into the care of the Scottish SPCA.

Scottish SPCA animal rescue officer, Elizabeth Lindsay, said: “Ducks often nest in high places and then make their way down to ground level with their ducklings.

“It looks like this pair of ducklings have just got slightly lost on their way down from their nest, which has possibly been somewhere on the roof of the station.

“Unfortunately I was unable to reunite them with their mother but they will now be taken to our National Wildlife Rescue Centre at Fishcross to receive the care they need.

“If anyone finds an animal that they think may be in distress, or they just want advice on how to help an animal they are concerned about, they can call our confidential animal helpline on 03000 999 999.”