Holt convinced Livingston are stronger side than last season

The Livi boss says his team can have a strong second half to the season. 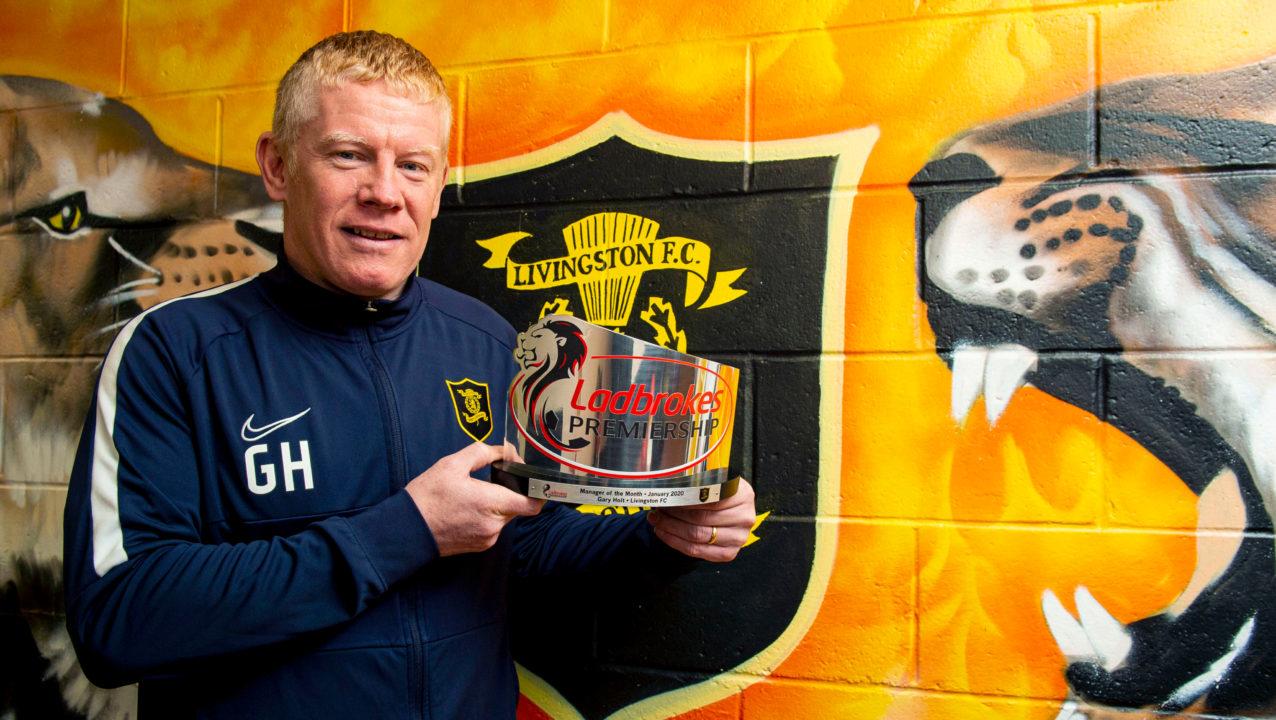 Gary Holt believes his Livingston side are far stronger than last year and that they can surprise people again with a strong finish to the season.

Livi made an instant impact last season when the newly promoted side had a strong start before finishing ninth.

The team currently sit fifth in the league and form in January saw Holt pick up the Manager of the Month prize.

He believes he has a stronger squad to pick from now and predicts an improvement in the side in contrast to last season’s late drop-off.

“We improved,” he said. “We’ve improved the quality of the squad. The professionalism has raised the level too.

“I firmly believe that from last year to this year we’ll improve. I think we’ll have a better second half to the season this year than we did last.

“We did take people by surprise last term because we were new to the league. This year we had to change and adapt but I think the new players we’ve brought in are ready to kick on and we’ll only get stronger.”

“The new people who have come in will have half a season beghind them now. We’ve got guys coming back from injury.

“We’re only going to get stronger.”