Going home after six months in hospital with coronavirus

Niall Williams has issued a warning to those not taking Covid-19 seriously after spending months in intensive care. 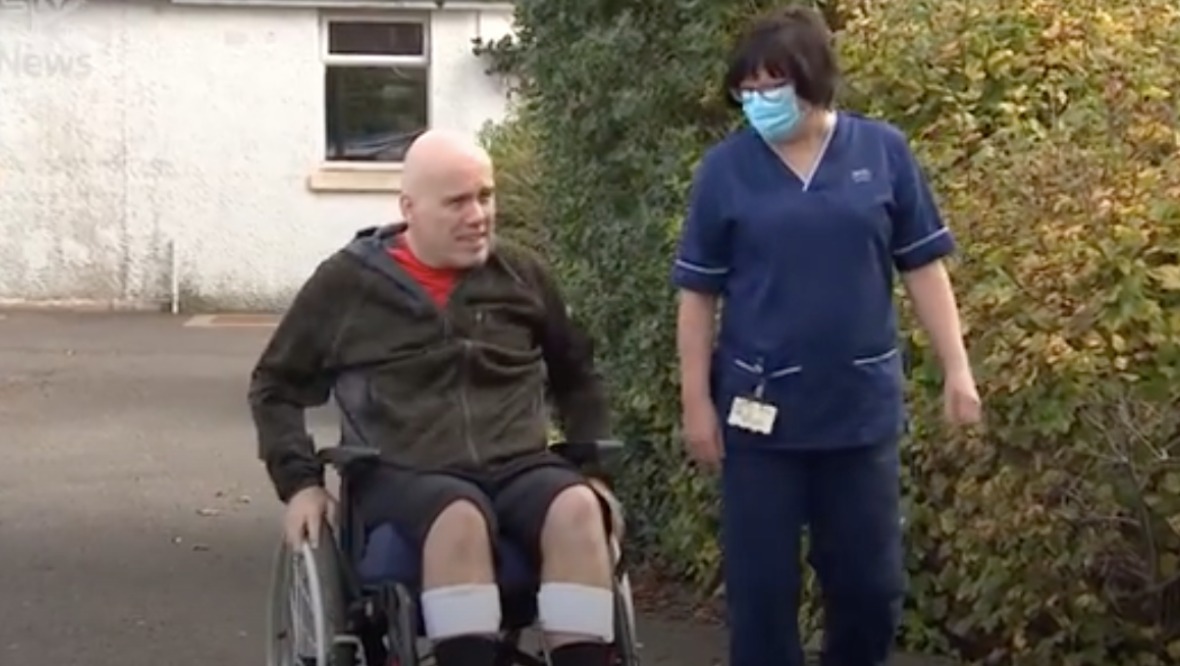 A man who spent six months battling Covid-19 has issued a stark warning to people who are not taking the virus seriously.

Niall Williams is leaving the Cameron Rehab facility near Leven to go home for the first time since March.

He has been in hospital with the disease longer than probably anyone else in Scotland.

Mr Williams spent months in intensive care, part of that in an induced coma and even after intensive physio, he still faces major challenges.

While he begins his recovery following his long fight with coronavirus he wants to use his experience as a warning to those who are not following the government health guidelines.

He told STV News: “Follow what you’ve been asked to do. Face masks, washing hands all the time. Be ultra careful because otherwise you could be a cropper like I was.

‘People are not realising this is an invisible disease.’

“People are not realising this is an invisible disease. You can pick it up in many ways and so easily.

“I basically got damaged, respiratory issues that may come back after time, who knows? Because we don’t know about this yet. But being able to breathe deeply and being active – it’s hard.

“I become fatigued very, very quickly. There isn’t going to be a normal life. It’s going to take time to get back to where I was.

“Follow the rules, they are not putting them in place because they feel like it. There’s a real hard reason and scientific facts behind it.

“They are there to protect us and I just ask everybody please just follow them because you’re going to allow other people to survive if you do. It is as simple as that.”