The air in Scotland became so cold on Thursday that locals reported boiling water freezing in mid-air. 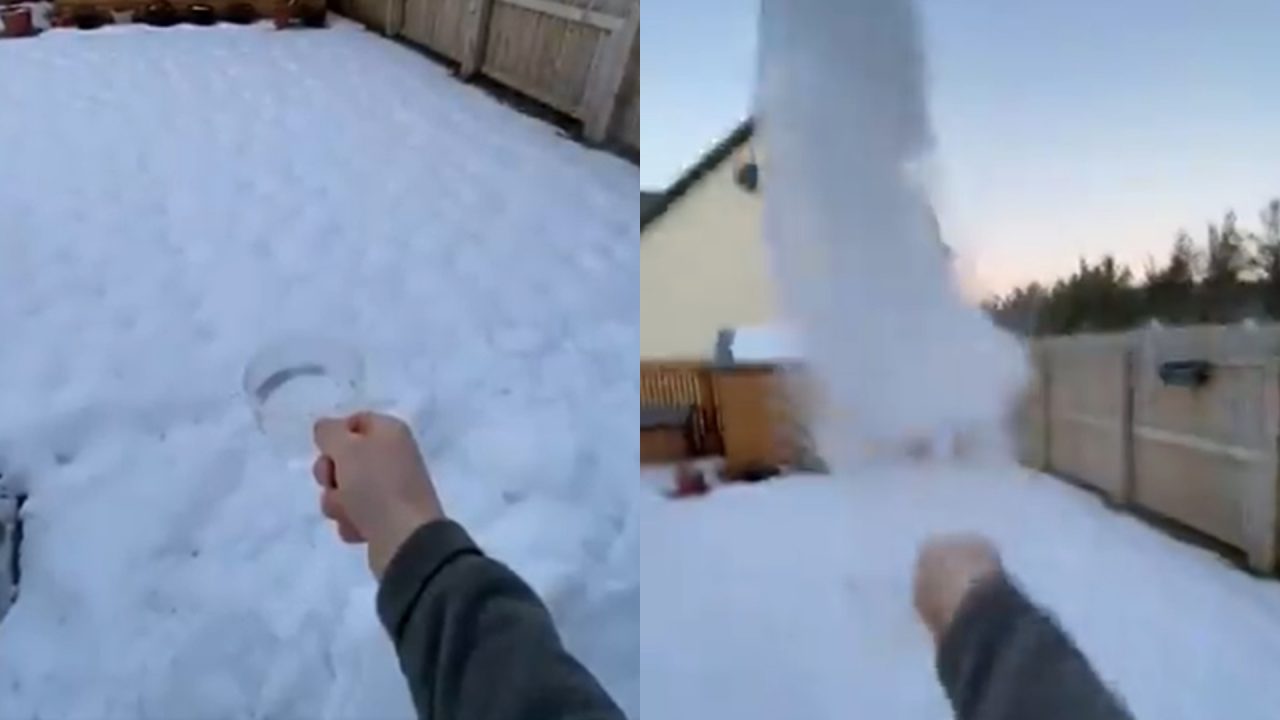 The air in Scotland became so cold on Thursday that locals reported boiling water turning into ice crystals when thrown in mid-air.

James Beaumont, 33, from the village of Boat of Garten in the Highlands, shared a video on Twitter of himself throwing a cup of boiling water into his garden on Thursday morning, whereupon its form changed immediately.

“Well, it seems that -18c is cold enough to turn boiling water to ice instantly…!” he wrote.

He told the PA news agency: “All the lakes here are frozen solid, people ice skating on them, and we have had snow on the ground since Boxing Day.”

A temperature of minus 23.0C (minus 9.4F) was recorded in around an hour’s drive south in Braemar, Aberdeenshire, overnight.

It was the coldest recorded temperature in the UK since 1995, according to the Met Office.

Another social media user shared a picture of their own attempt, captured in Aberdeen, again on Thursday morning.

The gimmick went viral in the US in recent years, but health experts have warned people of the risks after several people reported burns and injuries.

The phenomenon is caused because small water droplets are so hot they start to vaporise when released.

However, because cold air is unable to hold as much water vapor as warmer air, the water then condenses.

The cold temperatures then quickly freeze the droplets of water, creating the ice crystals.