Ethan challenged himself to thank the NHS for looking after his grandfather and best friend. 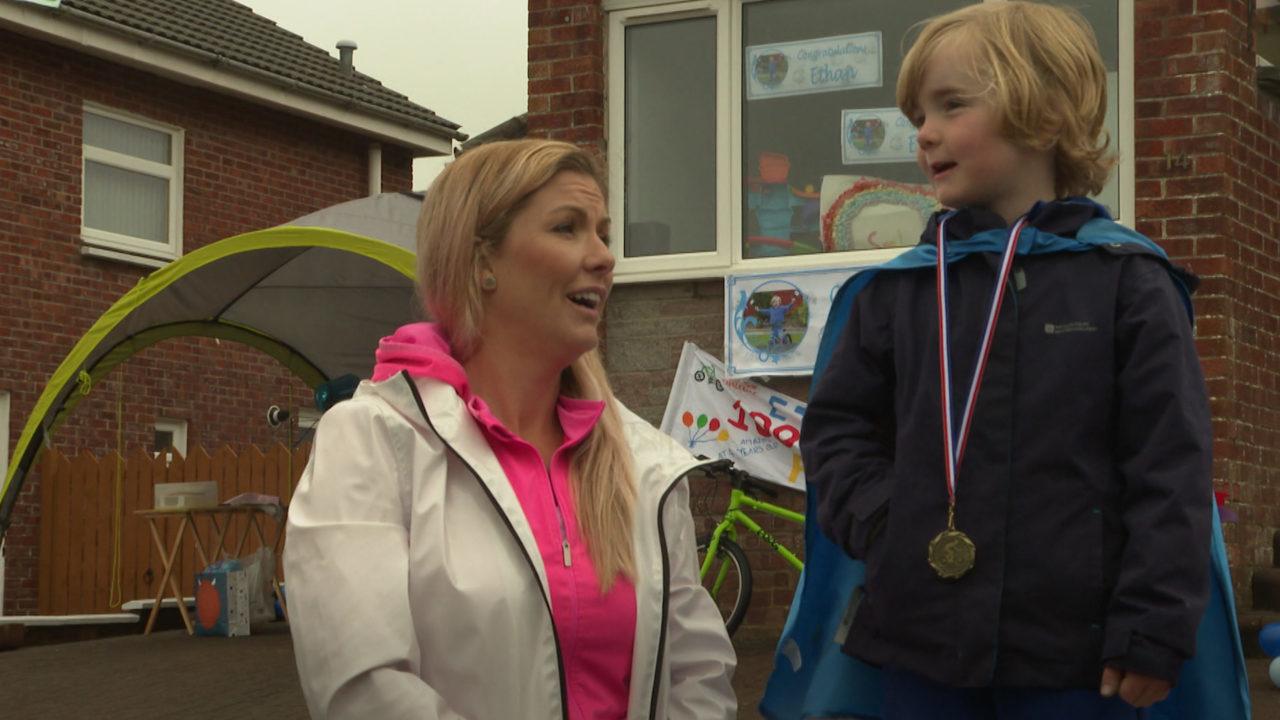 Five-year-old Ethan Rankin has raised over £4000 for the NHS by cycling 100 miles – despite only coming off his stabilisers last month.

After watching Captain Tom Moore completing his challenge, Ethan, from Ayr, decided to raise money for the NHS as well.

Despite his young age, Ethan was aware the NHS have been helping his best friend Mark and his grandfather after they both fell ill. He wanted to show his support by completing a very tough challenge on the day of his fifth birthday.

He finished the challenge by cycling down his street which was lined by family, friends and neighbours clapping and also balloons and other decorations.