The bird, known as NC0, will stay on nest to incubate her eggs for around five to six weeks before they hatch. 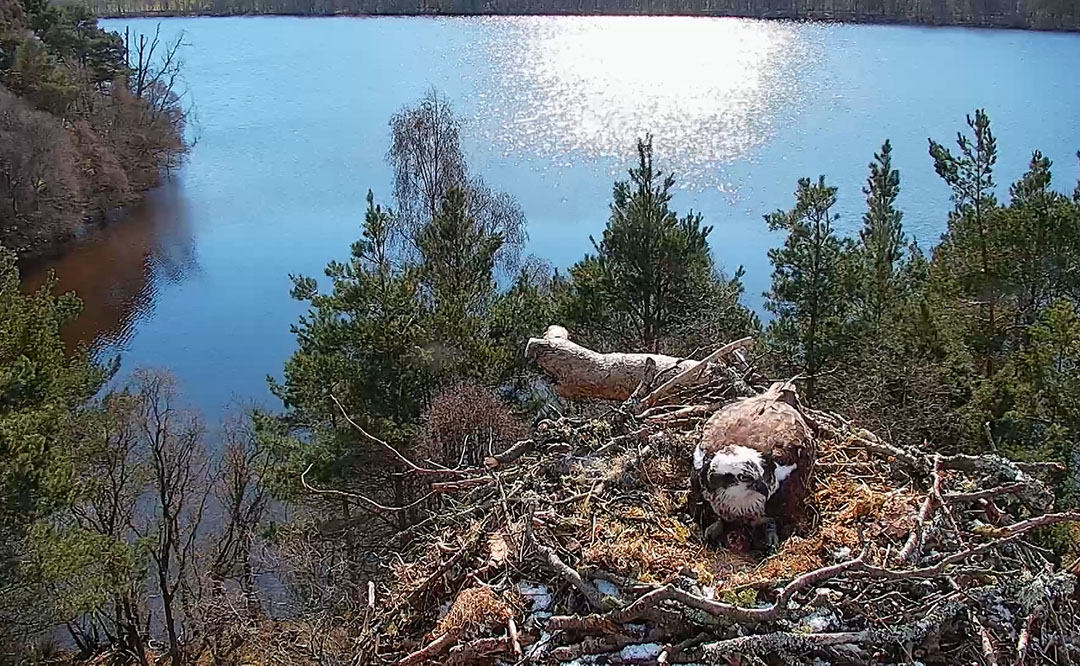 A female osprey has laid her first egg of the season at Loch of the Lowes Wildlife Reserve in Perthshire.

The bird, known to wildlife rangers as NC0, laid the egg at 10:18am on Sunday morning.

NC0 will stay on the nest to incubate her eggs for around five to six weeks before they hatch.

The mottled egg is around the size of a duck’s egg. Female ospreys typically lay between two and three eggs in a season.

Sara Rasmussen, Perthshire Ranger at the Scottish Wildlife Trust said: “We were absolutely thrilled to see NC0’s first egg this morning and we’re hoping to see more eggs laid over the next few days.

“Incubation is a great demonstration of how osprey pairs have to work as a team. NC0 will need to remain on the nest to successfully incubate the eggs, and she relies on her mate LM12 to bring her food during this time.”

Ospreys were extinct in Britain for much of the 20th century.

They began to recover in the 1960s and today an estimated 300 pairs breed in the UK each summer.

Will Humpington, advisor for climate change and environment at the People’s Postcode Lottery said: “It’s great to hear that NC0 has laid her first egg of the season. Our players are proud to support the Scottish Wildlife Trust’s Osprey Protection Programme. We’ll be keeping our eyes on the live webcam to see how many more eggs she lays this season.”