Gary Buchan, 51 captured a video of eight orcas off the coast of Shetland. 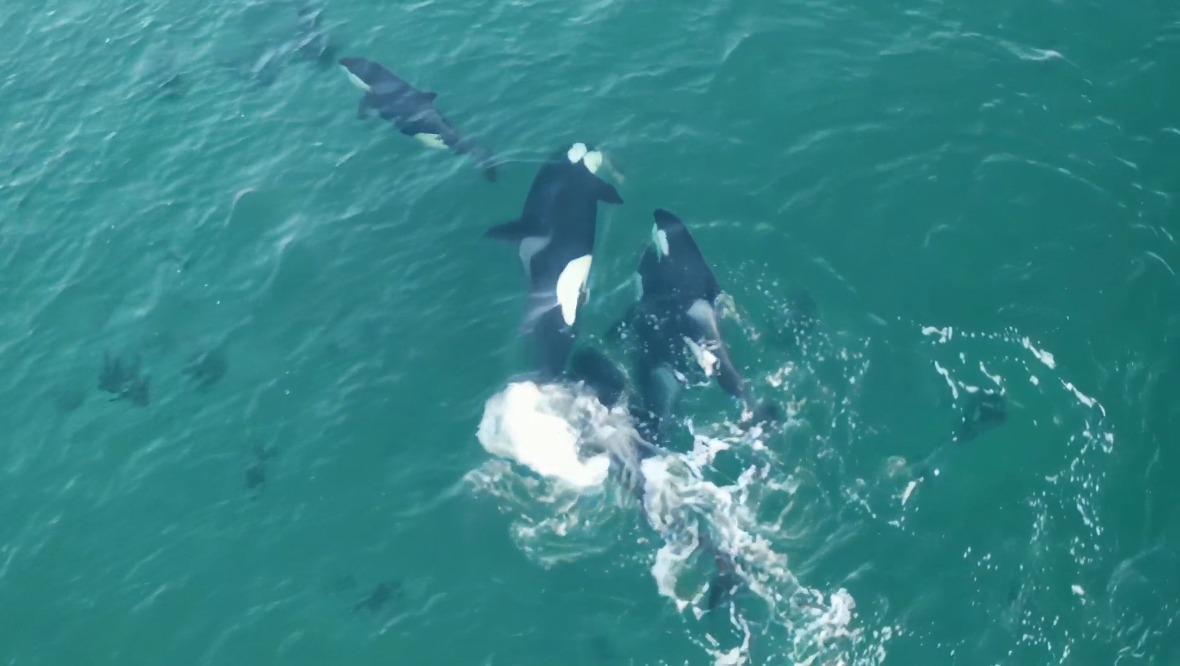 Gary Buchan, 51 captured a video of eight orcas off the coast of Shetland.

The orcas were filmed breaching, doing barrel rolls and tail slapping in crystal-clear waters as they played with a seal.

Grandfather-of-three Gary said: “They’re like children, they often enjoy playing with their food.

“There’s a lot of action going on in the video, they had the seal pinned to the sea bed.

“They were breaching, doing barrel rolls and tail slapping.

“Watching the video back is absolutely exhilarating, it’s a privilege just to be in the presence of these animals.”

The fish hatchery technician, from Weisdale, Shetland, followed the pod for 10 miles on their adventures.

It was filmed on February 22 from the roadside at North Roe, Shetland.

Whales from the same pod were spotted at Lerwick Harbour last month.

Gary added: “You do form a connection with them when you spend so much time filming them.

“I get excited every time they’re here, they’re incredible animals.

“It’s so interesting to see how they hunt. I’ve learnt a lot about them from taking photos and videos of them.

“To see them living free in the wild is a fantastic experience in itself.”