Driver spots locals having cup of tea on council border

Two friends met at either side of the welcome sign in a bid to to adhere to the latest Covid restrictions. 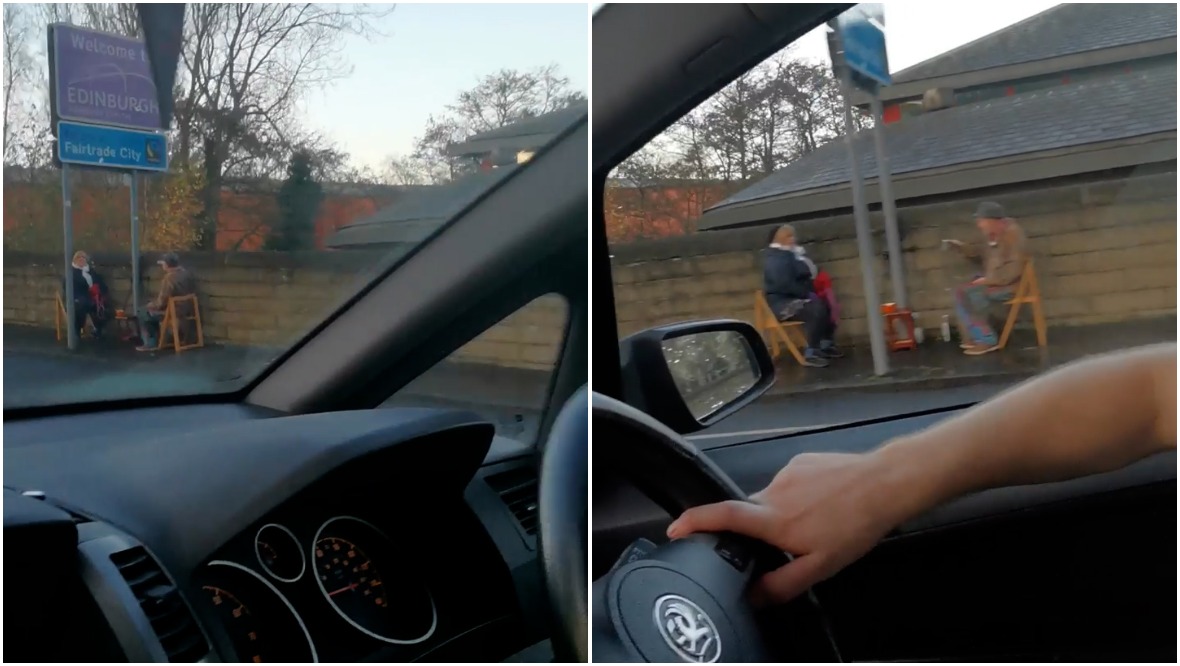 A driver has shared the moment he spotted two friends from different council areas meeting for a cup of tea at the border.

The video shows the locals sitting on chairs at either side of the sign which separates Edinburgh and East Lothian in a bid to adhere to the latest Covid restrictions.

Scotland’s current alert system means Edinburgh City Council is in level three, while East Lothian Council has been placed in level two, which will officially come into effect on Tuesday.

Earlier this week it was announced that it is against the law for people to travel between tier zones.

Stuart Goldie, who posted the footage on social media, told STV News:  “I found it amazing the lengths folk will go to see a pal for a cuppa.

“Perhaps it puts into perspective how crazy these restriction are.

“Perhaps they were making a point.”