Finn O'Hagan spotted the animal, native to Australia, during a late-night drive near Stirling. 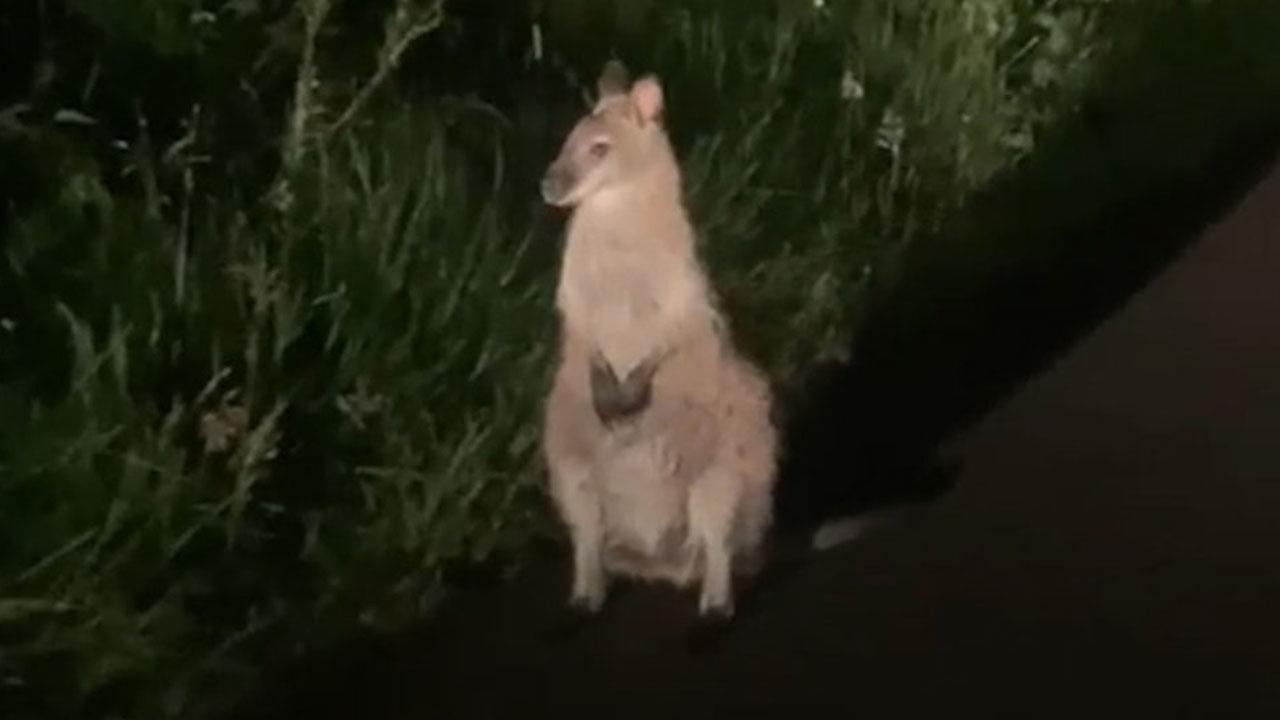 A man was surprised to discover a lost wallaby while on a late-night drive near Stirling.

Finn O’Hagan, 20, was travelling along the road to Carron Valley from Stirling just before the turn off for the North Third reservoir, when he spotted the animal native to Australia.

After getting out of the car, Finn attempted to attract the wallaby’s attention.

He told STV News: “I put on the Australian accent in a bit of a joke so I could speak the guy’s language”.

After doing some research online, he found out that the wallaby belongs to a local farmer who keeps a few of them as pets.

“The farmer is still out searching for it, he usually runs around and then returns when the farmer gives it treats such as carrots.

“I don’t think he’s managed to find it yet but, they can survive in the wild as they only eat grass so it’s not in any danger.”