The German manager says results will build confidence as he works to turn things around. 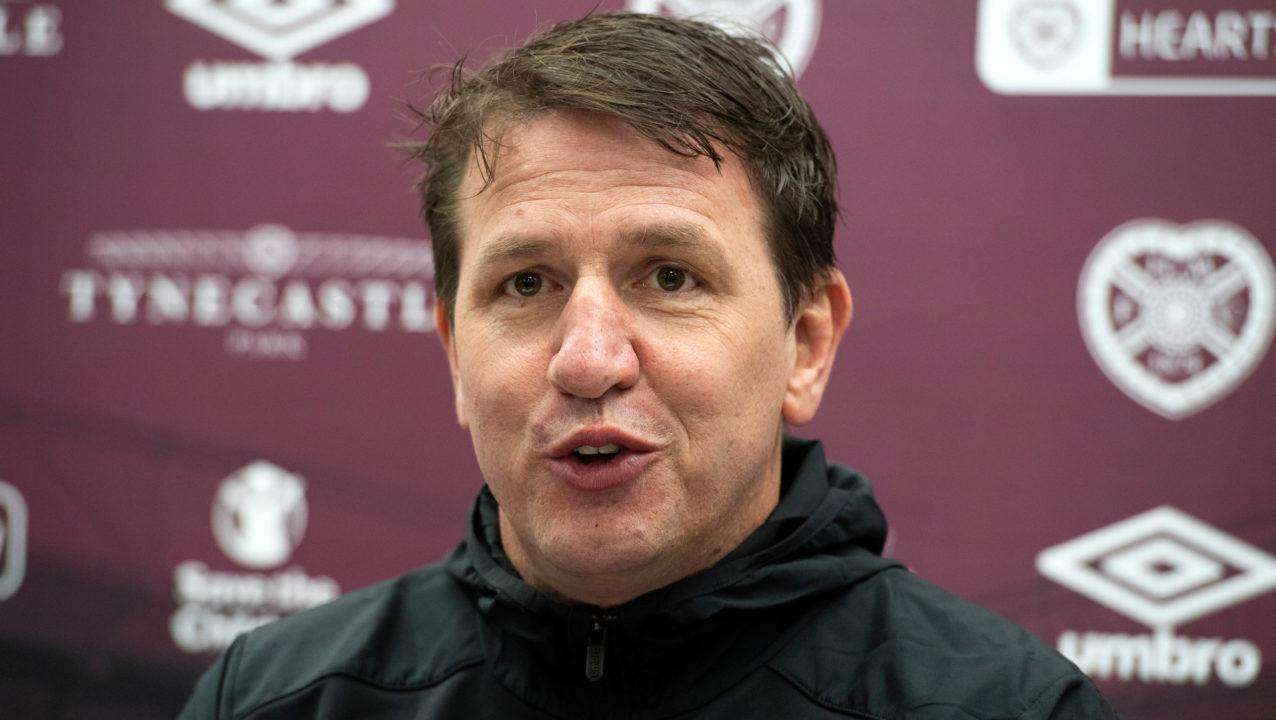 Daniel Stendel has said that progress is being made at Hearts as he aims to lift the side from the bottom of the table.

He said: “The squad has had six months to bring us to a different position than we are at the moment and I think there was enough time to show ‘I’m good enough to play for Hearts and I have the quality and the right mentality to play for Hearts.

“Maybe some players needed a little bit of pushing in the last weeks and for some players, it  was not enough .

“In the end this is the business. It’s the same for me.

“I came here to change the results and it’s not as easy as I expected before but I can say I’ve work hard and nobody need to push me, I push myself and I’m very optimistic that we can change this.”

Though Stendel is still waiting for his first Premiership win, he thinks the team is moving in the right direction and that one results come, confidence will snowball.

“A lot of things [have improved],” he said. “I say to the players ‘We push you,  we try to change things, we do things for the team spirit, we do things to change the mind on the pitch, the way we want to play.'”

“We can do all things that we do in the time that we have. The easiest way is to change the results. To bring back the confidence, it’s positive results.

“We start well with the game in the cup and I said to the players that the cup is different to the league.

“The league is so much more pressure for us because our situation is not the same.

“I can see the atmosphere after the game on Wednesday, the players were very disappointed.

“I think those small steps towards change show we allwant to change. We have more ambition in training, more ambition to play in the first eleven, more ambition to win games and to win Hearts back to the position that we want and is expected for our fans, for our board and ourselves.”