The hilarious footage shows eight-year-old Brooke tumbling into the water after trying to copy her sister. 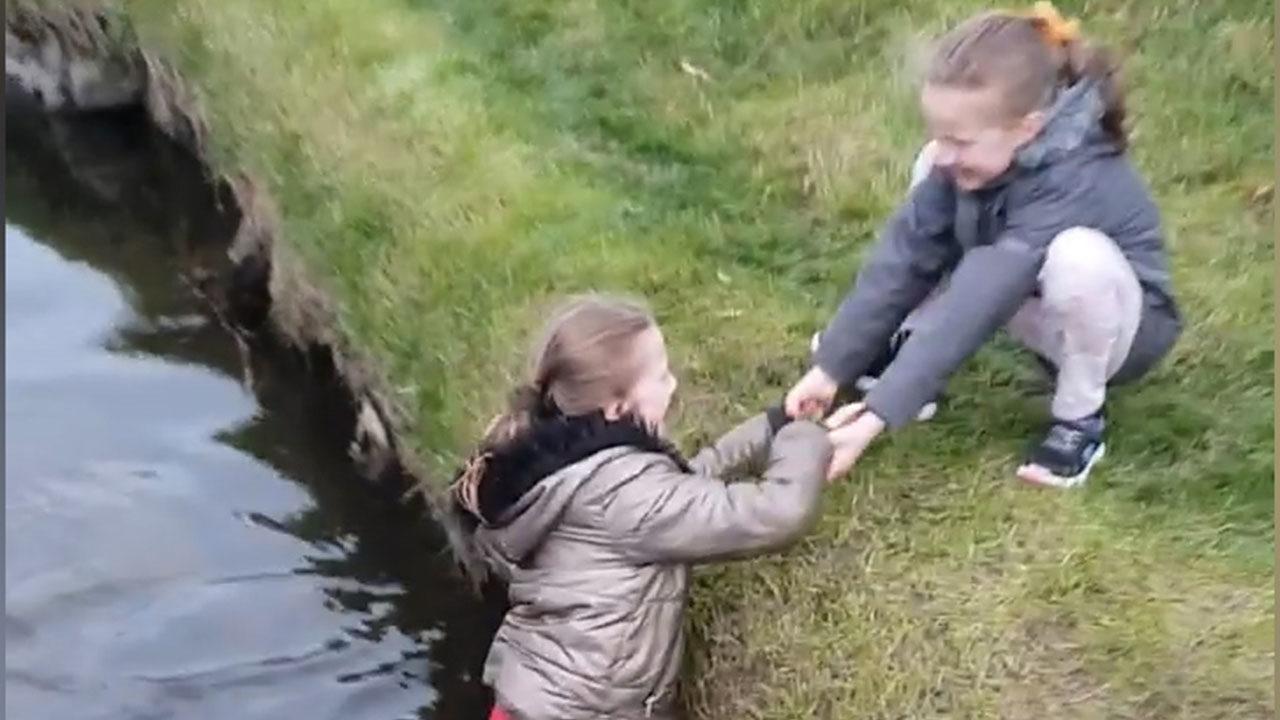 A dad has captured the hilarious moment his little girl fails to jump across a stream and tumbles into the water.

Eight-year-old Brooke was on a walk with her dad, her sister Bonnie and their dog, when Bonnie started leaping over a stream near their house in Barry, near Carnoustie in Angus.

As Brooke tried to follow her sister, she attempted to jump across after her but ended up falling into the water.

Her dad, who was recording the clip, can be heard bursting into laughter as he walks towards his two girls to make sure that they are alright.