An excited crowd has been gathering to catch a glimpse of the new Batman movie being filmed in Glasgow despite wind and rain. 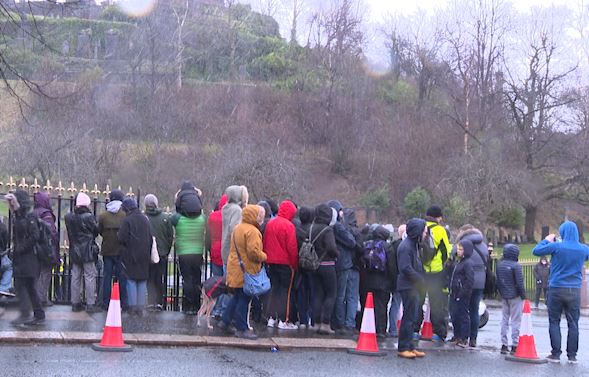 Crowds have been gathering at the Necropolis in Glasgow despite heavy wind and rain as filming for the latest Batman movie gets underway.

Filming began on Friday as parts of the city are transformed into Gotham City for the latest live action instalment of the long running comic book hero.

Hollywood star Robert Pattinson will be playing Batman but it is not yet known if he will be in Glasgow for filming.