Danny Laverty proves all the world's a stage by performing on Facebook from his salon. 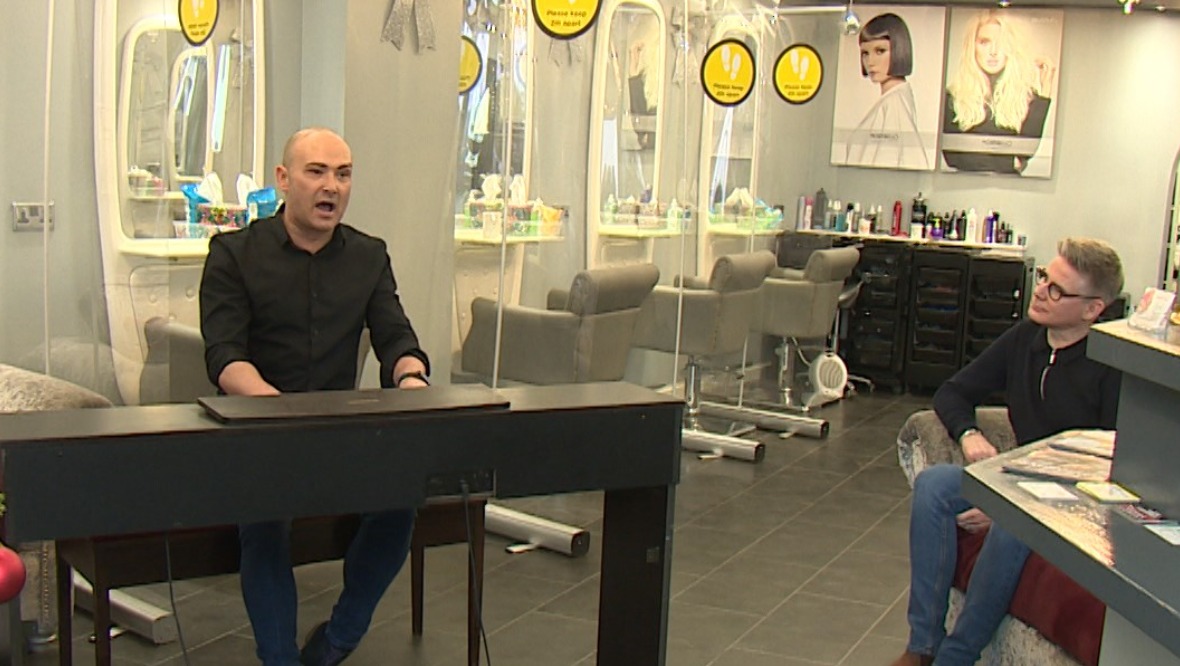 Cutting and colouring is once again off the cards… but this crooning cropper remains upbeat.

Danny Laverty has swapped bobs and barnets for ballads – and his Arbroath salon is now his stage.

His musical performances on the Danny Laverty Hairdressing Facebook page have been enjoyed around the world.

And as well as entertaining thousands during the toughest of times, he’s also raised £18,000 for NHS Tayside.

“It was the first time in 34 years I haven’t worked,” Danny said. “I struggle to take holidays so when the news came I couldn’t go to work, I was devastated.

“So I thought ‘get into the salon and make it amazing for people coming back’. I went in with paintbrushes and gave people an update on Facebook.

“Someone said ‘there is a piano Danny there, give us a song’. That’s how it all began.”