The St Johnstone midfielder says his teammates exploits are the stuff of dreams. 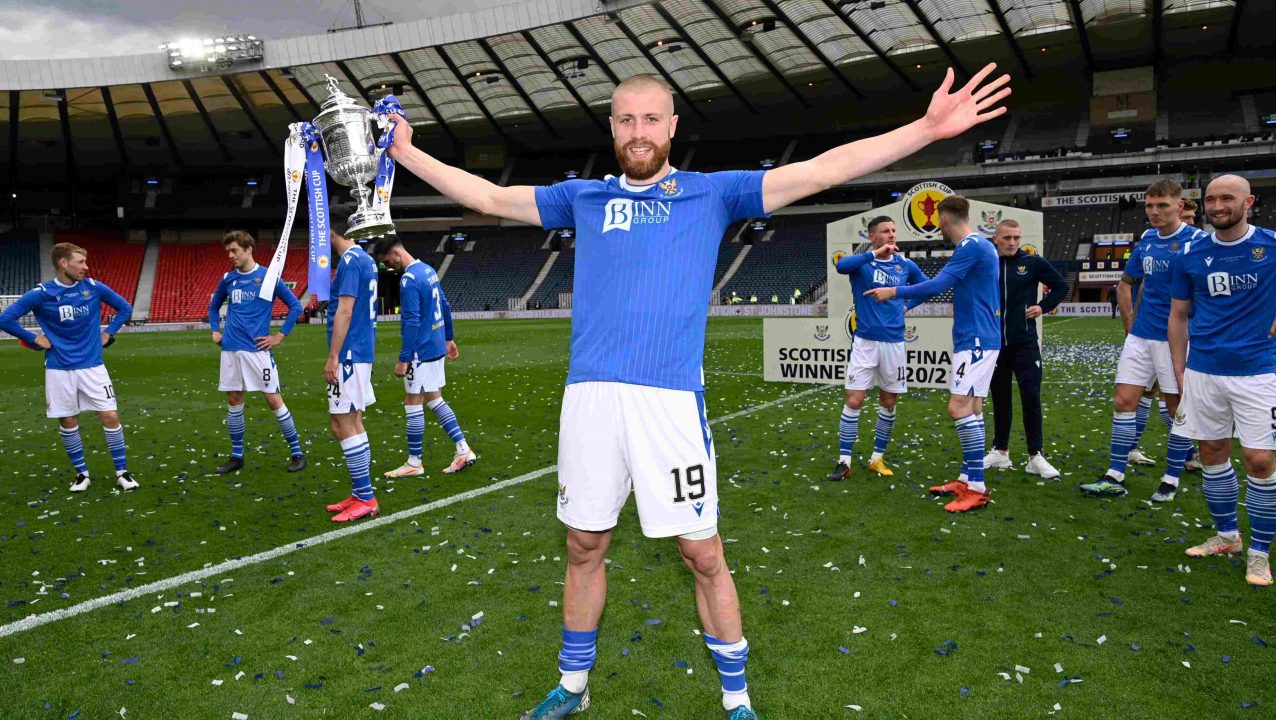 St Johnstone midfielder Craig Bryson says his teammate Shaun Rooney’s goal should see him celebrated with a statue in Perth.

Rooney scored the only goal of the game as St Johnstone beat Hibs in the Scottish Cup final, finding the net at almost exactly the same time as he scored in this season’s League Cup final.

The wing-back’s goals in knockout competition have been instrumental in St Johnstone’s remarkable achievement this season and Bryson says his larger than life character is also a big factor for the squad.

“He’s an idiot,” Bryson joked. “What you see is basically what you get with Shaun.

“He’s a great guy. I’ve been in the game for 18-odd years now and I’ve never come across a guy like him. He’s somebody you need in the changing room.

“For him to score in the quarter-final, semi-final and final of the Betfred Cup and then score the winner in the Scottish Cup final is honestly unbelievable. It’s the stuff dreams are made of.

“I joked to him on the bench ‘You’ll get a statue now” and he just laughed. Seriously you’re due a statue in Perth.

“Has anyone ever come close to that in St Johnstone?”