Partick Thistle fans, players and officials pay their respects to their majority shareholder. 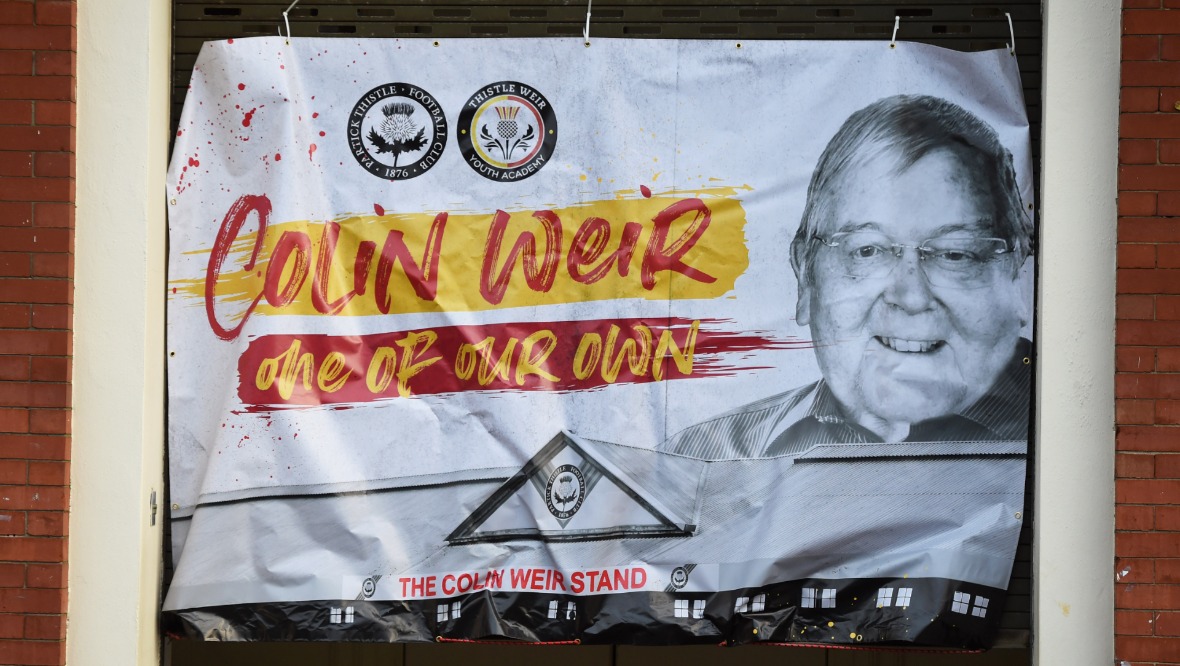 Partick Thistle players, fans and officials held a round of applause in honour of majority shareholder Colin Weir as his funeral procession stopped outside Firhill.

Mr Weir, 71, died after a short illness last month, not long after buying a 55% stake in the club.

Before he died, the former TV cameraman promised to give the shareholding directly to a fans group by March.