Becky Lindl's florist was tagged in a social media post meant for her business namesake in the US state of Texas. 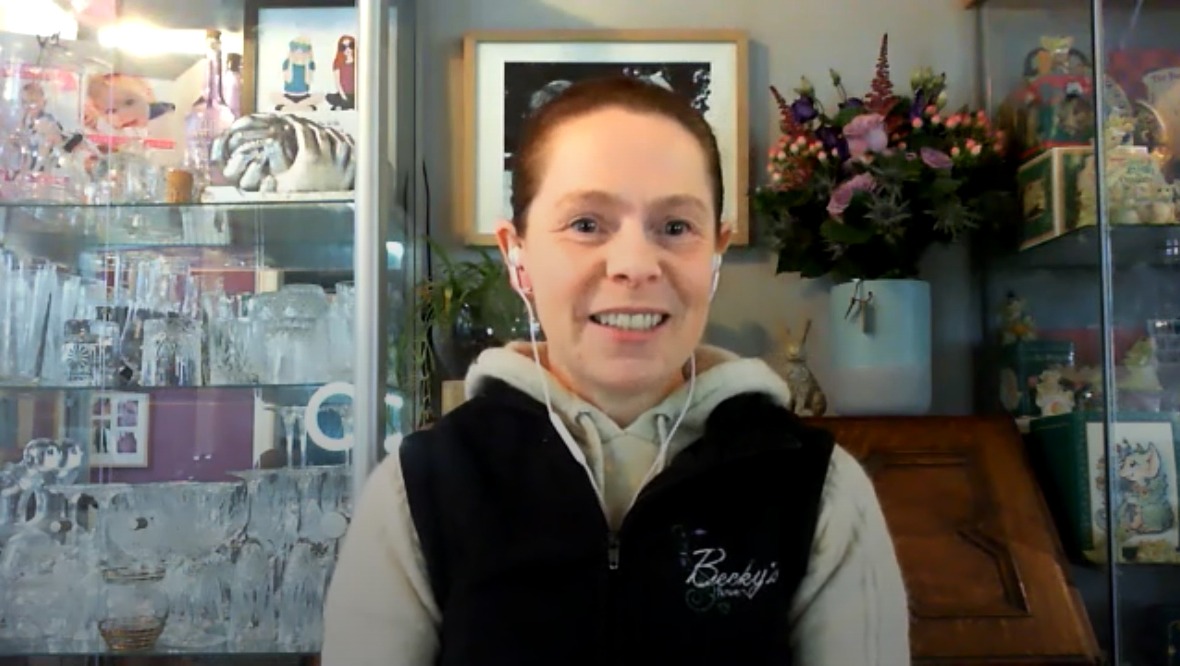 A shop owner from West Lothian has become the victim of online abuse, after her business was mistakenly connected to protests in Washington, DC.

Becky Lindl’s flower business in Bathgate was tagged in a post on social media, instead of another shop of the same name – in Texas.

The owner of the Texan Becky’s Flowers – former mayoral candidate Jenny Cudd – was reportedly among the supporters of US President Donald Trump who stormed the US Capitol building on Wednesday.

Cudd came in for vitriol online after posting a video showing her attendance at the rally.

But some of that vitriol was directed thousands of miles across the Atlantic to Becky, who woke up to a deluge of messages.

She told STV News: “I had been linked to the lady Jenny Cudd in the USA, who is linked with these riots, which at that point in time I actually didn’t know a huge amount about.

“I hadn’t paid a massive amount of attention to it. She (Jenny Cudd) had been connected with a shop called Becky’s Flowers I believe in Midland, Texas, so people had obviously searched for Becky’s Flowers and found me and started targeting me as someone who clearly was wanted by the FBI and I got some not very nice messages.

“I am very grateful for the people I have around me to keep me sane, keep me grounded, help me find the humour in it, and at the end of the day I still believe there are genuinely more good people out there than there are bad and unfortunately often it’s the bad that makes the fuss but I’ve really seen the good in people too and how they’ve kind of jumped to my aid, I guess.

“It’s hard enough trying to run a small business during Covid-19 and its varying restrictions.”

Trump supporters stormed the US Capitol building on Wednesday in protest at his election loss to Joe Biden, leading to violent clashes and the deaths of five people.

Trump was accused of inciting his supporters into violence with a speech at a rally in Washington earlier in the day.

The president was subsequently locked out of his social media accounts temporarily, although Facebook has since extended the ban until the end of his presidency on January 20.

Trump is set to leave on January 20 when Biden is inaugurated and tweeted on Friday that he planned to skip Biden’s inauguration, becoming the first president in more than 150 years — and just the fourth in US history — to do so.