Reservists from the 105th Regiment Royal Artillery at heart of tribute marking Duke of Edinburgh's life in the capital on Saturday. 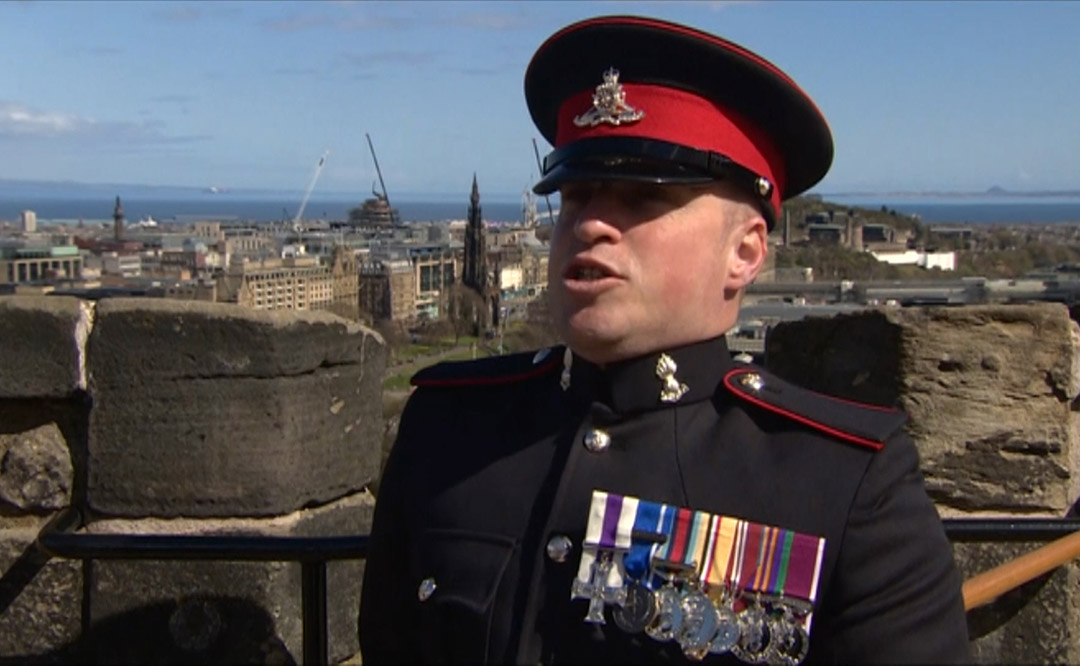 Military reservists involved in Saturday’s gun salute marking the Duke of Edinburgh’s life have spoken of their pride at being involved in the historic event.

Saluting batteries began firing 41 rounds at one round every minute from midday on Saturday in cities across the UK including London, Cardiff and Belfast, as well as from Royal Navy warships.

Jenny Findlay, a bombardier with the 105th Regiment Royal Artillery, said: “It’s a big moment, it’s a sad moment, (I’m) feeling for the Royal Family, it’s a member of their family that they have lost but, yeah, proud to be a part of the moment.”

“A lot of drill goes into it, a lot of practice and preparation – I know that a lot goes on behind the scenes that we as reservists don’t always see as well; a lot of kit fittings, checks, they get done really regularly and just constant keeping on top of things.”

Jenny, who is also a mobile services manager with NHS WestMARC, added: “It’s been a busy wee while; the patients are still needing service and keeping going.”

Buckingham Palace said Prince Philip died peacefully in his sleep at Windsor Castle on Friday, two months before his 100th birthday, leaving the Queen and the royal family “mourning his loss”.

The public were encouraged to observe the gun salutes, which are fired to mark significant national events, on television or online, rather than gathering in crowds to watch outside.

He said: “I was the troop sargeant major, making sure rehearsals were going fine and marching the troops on and off of the salute itself, and also the timekeepers – I was telling them when to fire.

“It’s an absolute honour to take part in a ceremony like this, it’s such a prestigious thing firing at the castle itself but that did have a bit of additional weight to it, just to make sure we gave the correct send-off that was required.”