St Valery survivor Donald Smith, 99, joined by pipers 80 years after battle which led to thousands of Scots soldiers being captured. 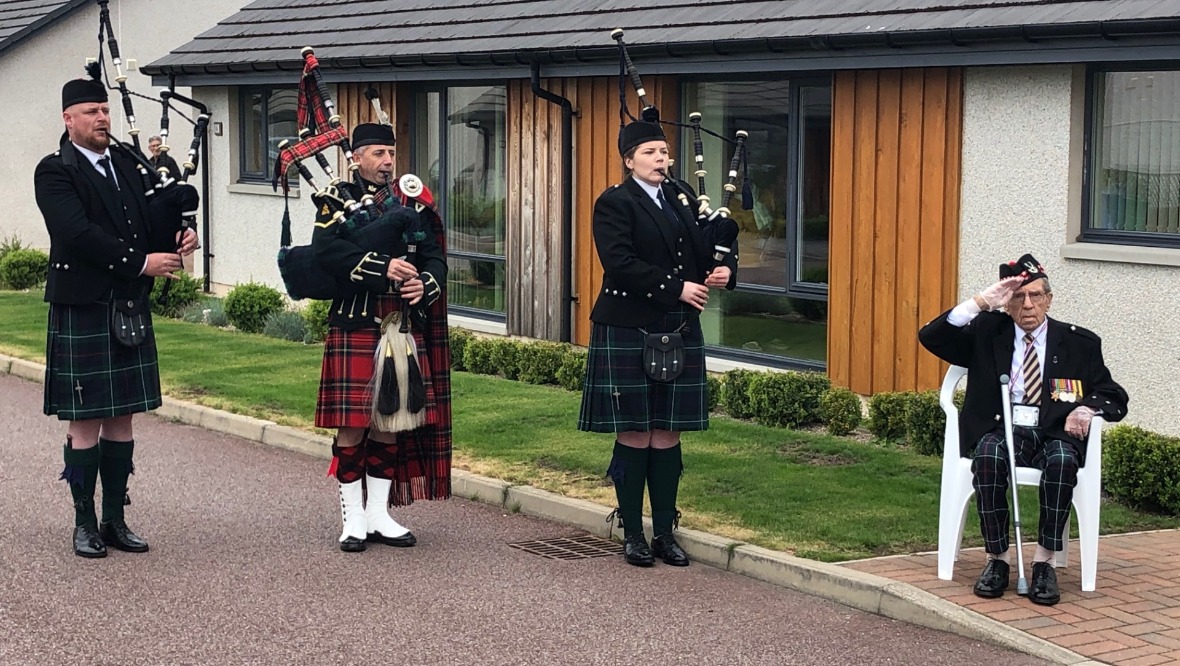 A tribute has been held to thousands of Scots killed or captured during “the forgotten Dunkirk” 80 years ago.

The Second World War battle led to 10,000 mainly Scottish soldiers from the 51st Highland Division being captured at St Valery-en-Caux in France on June 12, 1940.

They continued the fight on the continent in support of the French after the Dunkirk evacuations had been completed, and a flotilla of ships sent to rescue the troops was unable to reach them due to fog and the proximity of German artillery above the town.

Pipers from across the world took to their doorsteps at 10am on Friday to perform Heroes Of St Valery, composed by Donald MacLean, who was captured at St Valery and spent four years as a prisoner of war.

Among those on the frontline was Glasgow-born teenager Donald Smith.

He said: “We were marching along the road then, suddenly, what appeared to be the whole of the German army started to come across the fields. We never expected it.”

A shell burst above the heads of Private Smith and three pals. They died, while he was knocked unconscious.

After waking up in a first-aid tent, a bus transporting him to hospital was then struck by a huge blast, leaving him with serious shrapnel injuries.

He staggered to a house only for a German tank to plough into the building and he was taken prisoner.

“Thinking about those lads I left behind I was proud to have them as mates,” he said. “It hurts a lot to think they’re lying there in France but I’m always proud to know them and I still am.”