Alec and his granddaughter have posted videos on Tik Tok during lockdown and have now reached over 20,000 followers. 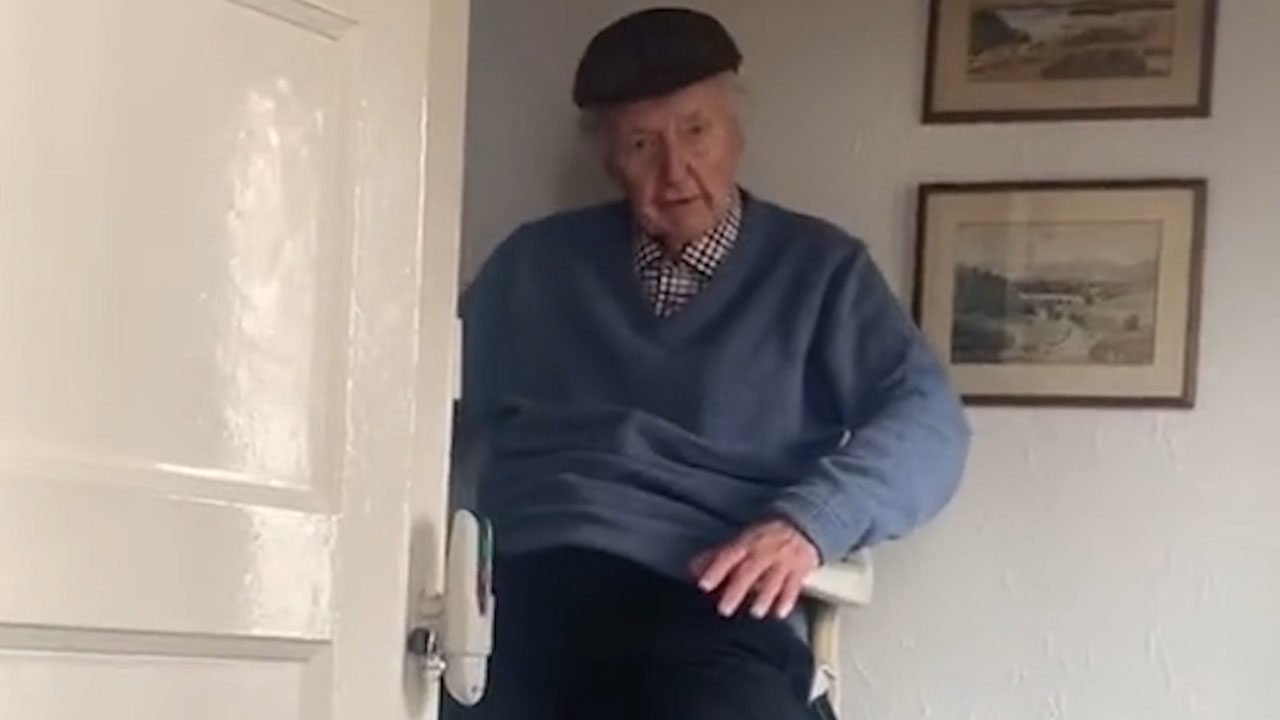 A 97-year-old man from Glasgow has become a social media sensation after racking up 20,000 followers.

Alec Stark has been the star of his granddaughter’s Tik Tok videos, filmed before lockdown but published during the restrictions.

“I have been recording my papa for a few years and I always catch him saying such funny things,” 32-year-old Paula Stark said.

“I started posting videos of him on Tik Tok as I thought that during lockdown others could have a wee giggle watching him being himself.”

Paula only told her grandfather about his new-found fame after the first clip went viral.

One fan said on Tik Tok: “97-years-old and he is absolutely brilliant. He has me laughing every time, keep doing you!”

Paula said she had been overwhelmed by the internet’s love for her grandfather.

She said: “I am shocked to see how much everyone just adores him, it’s lovely to see the kindness of others.

“A few followers have sent him cards and letters which has been a lovely gesture.”