Charges for funeral services are set to increase by 8% with a £45 fee for broadcasting services.

Fife Council is to charge grieving families to live-stream funerals while large gatherings are banned.

Charges for funeral services are set to increase by 8%next month – but a charge of £45 will also be introduced to cover the cost of broadcasting services online from Kirkcaldy and Dunfermline crematoriums.

The local authority originally offered broadcasting free of charge so people could watch services from afar despite Covid-19 restrictions.

She said: “I know that money is tight for local councils, as it is for everyone else, but I have written to Fife Council urging that they think again on this one.”

Funeral attendance numbers have been limited by the pandemic, preventing friends and loved ones from saying final farewells in person.

Ewing said this had been “one of the hardest restrictions people have had to bear” and that live-streams had made this “a little more tolerable”.

She added: “It is a function that in these times should not be offered as an optional extra but a facility that is available for everyone.

“Fife has been one of the lower charging councils for funeral services and I know that the cost of all services cannot be frozen for ever, but I would really urge the council to change their mind on the webcast charge, at least.”

The local authority is standing by its decision to impose the charge, which is lower than that set by other Scottish councils.

Labour candidate for Cowdenbeath Alex Rowley said: “I immediately contacted the council. People are working under a lot of pressure but they need to think before they come up with such ill-considered policies or proposals given the current conditions.

“I was quite appalled by it. It had not been run past Labour councillors, who have immediately stepped in.”

Perth and Kinross Council is set to charge £84 for a combined live-stream and recording of services, having also previously offered the service for free.

“Our employees in bereavement services have worked hard over the last year to provide the best service possible under the most challenging of circumstances, supporting bereaved families.

“However, we have to invest if we are to continue to improve the services we provide and look after the cemeteries in our care.

“We will continue to work closely with funeral directors to make sure that any families experiencing difficulties with the cost of a funeral are supported.”

“We wouldn’t object, if families wish to film funeral services providing filming was undertaken with the agreement of mourners,” he said.

Fife Council was criticised for being slow in introducing the livestreaming of funeral services after lockdown began in March last year.

Publicly run Kingdom crematoriums were ill-equipped to provide the service from the get-go and the authority only began offering it to bereaved families in May. 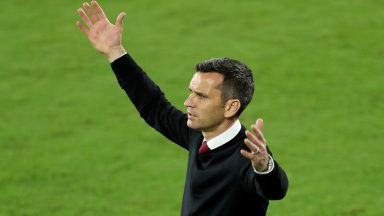