Players feel they whey were treated differently than men during the latest lockdown. 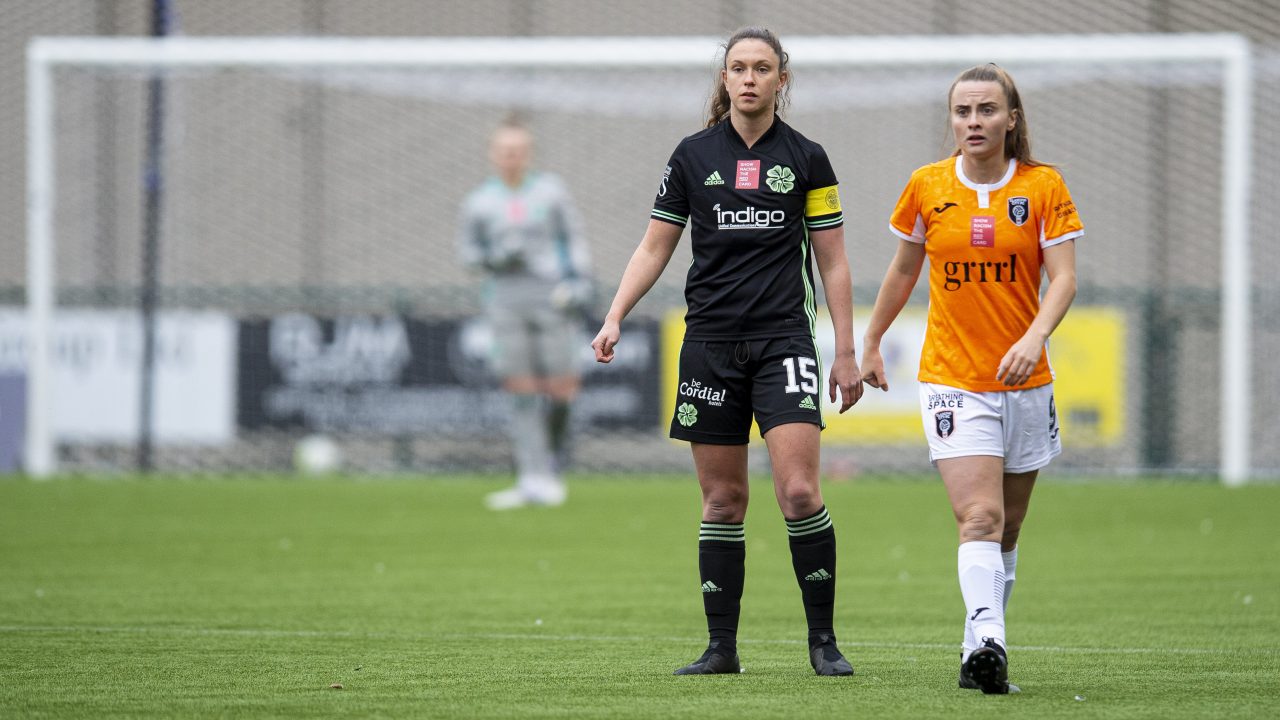 Women’s football is set to return this weekend after a lengthy lockdown but the joy has been tempered by bad feeling over how the game has been treated in recent months.

While the predominantly professional top two divisions in the men’s game has continued, the SWPL’s been shut out since January with teams only allowed to get back to training a few weeks ago.

“We were the only professional league that was paused, and that was annoying,” Celtic’s Jodie Bartle said, while Hibs striker Eilidh Adams said: “The men were allowed to train but not the women, while funding was there.”

While some clubs feel there was a lack of clarity over their return, they are also frustrated at the lack of funding and from the governing body

The Scottish FA was given over £300,000 by UEFA to aid the return of the women’s game during the pandemic but clubs feel they weren’t given enough of the pot.

As a result clubs want change, and the priority is to have more representation at the highest level to ensure the game’s needs have a voice.

“It feels at times like there’s no one on our side,” Glasgow City boss Scott Booth said. “there’s no one there to fight our cause. Actually nobody in power in the women’s game to fight that battle.”

Ahead of the resumption of the women’s game, amateur side Forfar Farmington have a specific gripe with the SFA.

They say they submitted paperwork to sign Northern irish midfielder Leontia McVarnock last year – but are still to be given clearance for her to play.

“We submitted our paperwork in December and we’re still waiting. Even though they’ve realised the problem, there seems to be no urgency in getting it resolved.”

FIFA are dealing with the individual case, and the Scottish FA say they are committed to enhancing the representation of the women’s game in the near future, but it’s clear that there are still widespread concerns over equality in the game and the governance.

It’s hoped that the recent appointment of Fiona McIntyre as head of women’s and girl’s football will improve the game but for now, players and staff feel they still have battles to fight off the park as they return to competing on the pitch.