What do Scotland need from play-offs to reach Women's World Cup 2024?

A win over Republic of Ireland may not be enough to earn direct entry to the finals. 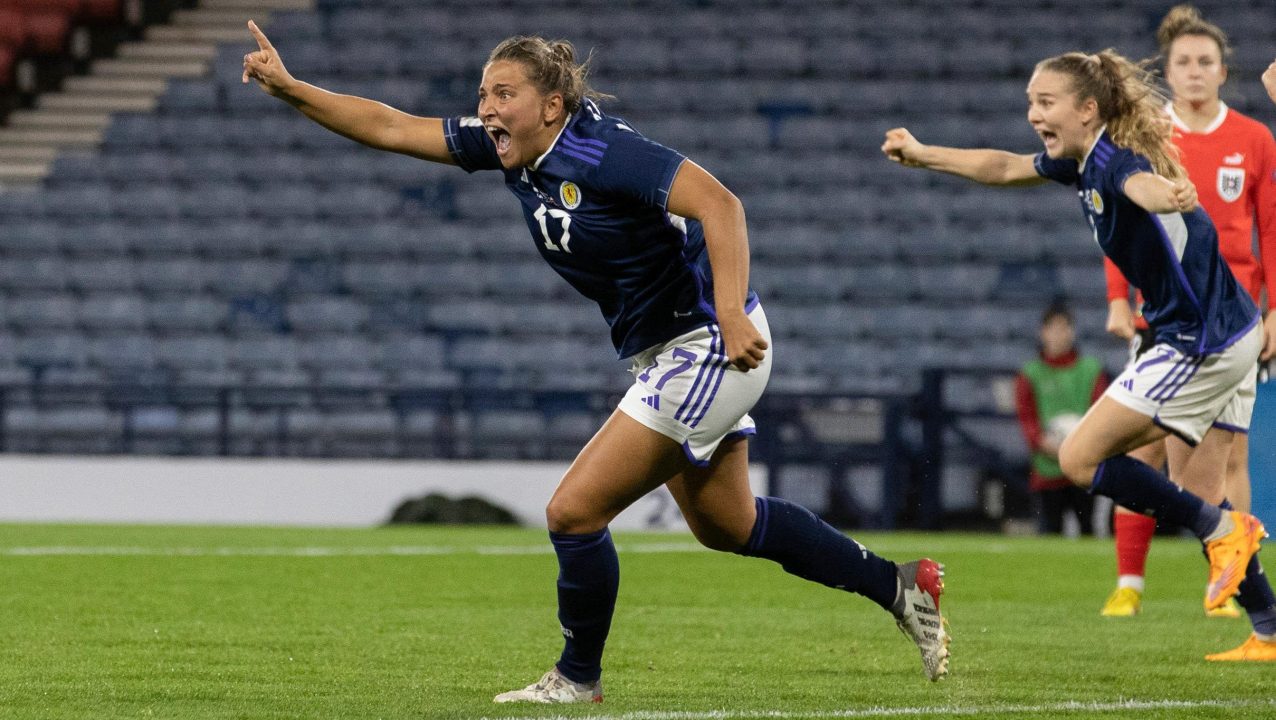 Abi Harrison’s extra-time goal put Scotland past Austria in the World Cup play-off on Thursday to set up a dramatic showdown with Republic of Ireland on Tuesday night, but a place at the finals may not be just one game away.

The national team will be going all out for victory in front of a big crowd at Hampden and hoping that they can book their place in Australia and New Zealand along with the world’s best teams next year.

But it isn’t as simple as winning the game and celebrating progress thanks to a complicated qualification system. Results elsewhere are going to determine what a win at Hampden would be worth.

World football’s governing bodies have a reputation for making the rules and regulations of their competitions convoluted, but the European qualification for World Cup 2023 stands out in a crowded field as being trickier to follow than most.

Scotland’s play-off at Hampden against Republic of Ireland is one of three Round 2 play-offs taking place across Europe. Elsewhere, Portugal are at home to Iceland, while Wales travel to play Switzerland.

The games will produce three winners but there are only two direct entries to the World Cup up for grabs.

The two ‘best’ play-off winners take their place at the finals next year, while the third best goes into an inter-confederation play-off competition in New Zealand in February to fight for one of the few remaining places.

UEFA determines the ‘best’ play-off winners by ranking all of the Round 2 teams based on their results in the qualifying group (minus points against the bottom ranked team) combined with the results of the second play-offs themselves.

As things stand, with the table based solely on the group games, Scotland sit fourth out of six teams left in the competition. A win for Scotland on Tuesday would obviously take Republic of Ireland out of the running and leave Pedro Martinez Losa’s side in the top three.

However, they would need a Wales or Portugal win to have a chance of automatic qualification. Goal difference is also a factor, so a big win for Portugal that overhauls the four-goal gap between the teams would be a possible problem.

A win on penalties only delivers one point instead of three, so squeaking past Ireland might mean having to settle for a place in the inter-continental play-offs.

In short, a win for Scotland in 90 or 120 minutes and wins for Portugal and/or Wales means Scotland go through, unless Wales are beaten and Portugal win by more than Scotland to go ahead on goal difference.

The good news for Scotland is that this complicated picture will be a lot clearer when they are in action. The other two play-offs kick off at 6pm, meaning they will be over (or in extra-time) when things get started at Hampden, so the players, staff and crowd will know exactly what is at stake when they go for a win and another step forward in their World Cup dream.