Jamie Sneddon sparked wild celebrations at the Balmoral Stadium when he headed home in the dying seconds. 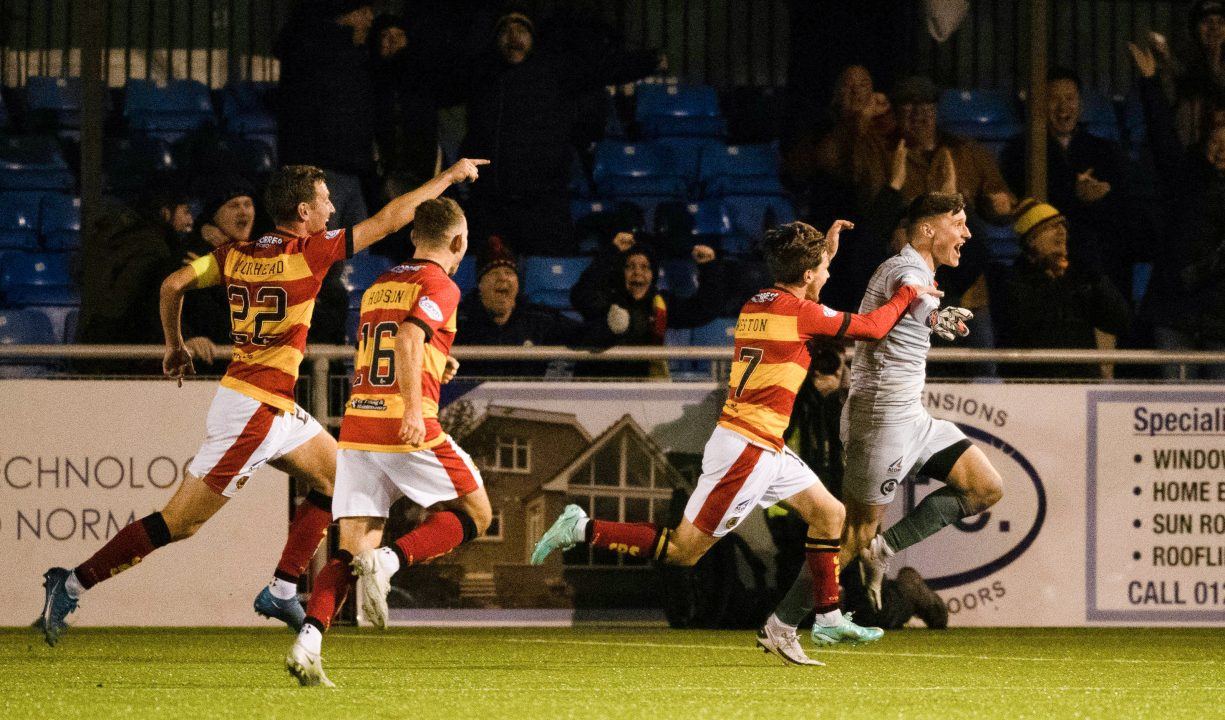 Picture the scene. You have boarded a bus from Glasgow to Aberdeen at stupid o’clock to follow your side’s chase for top flight football, only to find yourself a goal down in the fifth minute of stoppage time.

A last-gasp corner is the best hope you have of getting back into the game, but you spot your goalkeeper heading forward; surely not?

For the travelling Partick Thistle supporters, the sight of stopper Jamie Sneddon gliding though the air to plant Stuart Bannigan’s corner into the back of the net in the final throes of Saturday’s Championship meeting at Balmoral Park was greeted with wild celebrations.

The Jags were a goal behind for almost 90 minutes thanks to Mitch Megginson’s early effort, only for the 25-year-old, already named as the side’s man of the match for a series of fine saves at the other end to pop up with the most dramatic of equalisers.

“It’s not really sunk in yet,” the stunned stopper told the club’s TV channel afterwards.

“The boys have been telling me it’s the best header they’ve ever seen. I’ve just seen the picture and I’m about two feet off the ground.

“I don’t know what I was doing during the celebration. About 50 people were on top of me and I was just curled up in a ball.”

The point came at a crucial time for Thistle after an awful run of form which saw them win just one of their last six games.

They now sit fifth in the table – five points off Greenock Morton in the final play-off place.