Scottish football gets VAR - how will it work and who makes the calls?

The Video Assistant Referee system is being introduced to the Scottish Premiership on October 21. 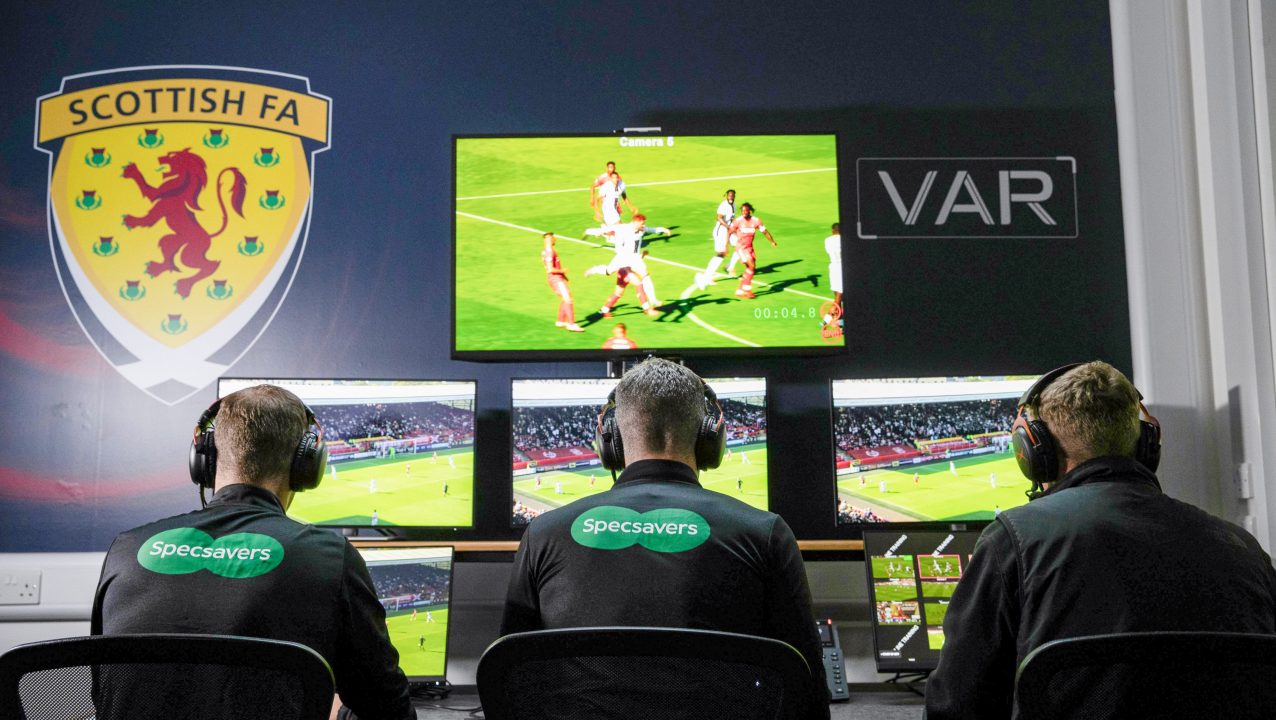 It might be during Hibs v St Johnstone, or we may have to wait until one of the other Premiership matches, but at some point this weekend a referee is going to draw a rectangle in the air with pointed fingers and head to pitch-side to usher VAR into Scottish football.

In the six years since its first use in the Netherlands, the technology has been rolled out in leagues across Europe and now, after months of testing and training, it’s being introduced to top-flight football and the latter stages of our cup competitions.

Match officials have backed the introduction and believe it can help them get the big calls right. Regardless, it’s sure to cause plenty of controversy, as we’ve seen in other leagues.

Ahead of this weekend’s first games under the new system, there’s been plenty of information on what to expect and we’ve summarised how the technology will be applied to Premiership games.

When will VAR be used?

There are four “match-changing” instances when VAR can be used. Even then, the system is only utilised if there is evidence of a “clear and obvious” error or a serious missed incident.

Who starts a VAR check?

The checking of any match is continuous by the three-man team watching a variety of camera angles back at the match centre. If a goal is scored then an automatic check of the entire ‘attacking phase of play’ takes place to check for any foul. For other incidents, like an off-the ball clash, a detailed check can happen at any time.

How does that differ from a review?

A review would be where a decision has to be taken on a particular incident.

There are two types of review. A factual review is where clear information is given to the referee that needs no interpretation. That could be about a foul taking place outside the box instead of in the penalty area, for example.

The other type is where opinion or interpretation is needed, and only the referee can make the decision. The VAR team would signal to the match referee that there’s an incident to look at and he would then go to the side of the pitch to review on the monitor.

What will the referee see?

Match officials will be able to review every angle of a major incident. The video operator back at Clydesdale House will clip up what’s helpful and send it to the monitor. Part of the cost of introducing the system has been increasing the number of cameras covering the action and there will now be a minimum of six at every match, with more at live broadcast games.

Who makes the final decision?

The match referee makes all final decisions and can stick with his original call even after being invited to review the incident on the pitch-side monitor.

How will fans know what’s going on?

Referees will use hand signals to show they are listening to the VAR control room but when a full review is taking place, there will be other indications.

At grounds with LED scoreboards, the familiar VAR graphics will be displayed so supporters can follow the process. For the half of the league that doesn’t have the sufficient display, the stadium announcers will provide updates.

What happens if the VAR system breaks down?

The game will go ahead, or continue as normal, even if the system is out of order. Referees will act as they have always done and there’ll be no back up or makeshift system (such as watching broadcast TV footage) used as an alternative.