Undisputed: Josh Taylor is ready to show his titles can't be touched

The Scot plans to enjoy the spotlight and defeat Jack Catterall at the Hydro in Glasgow next week. 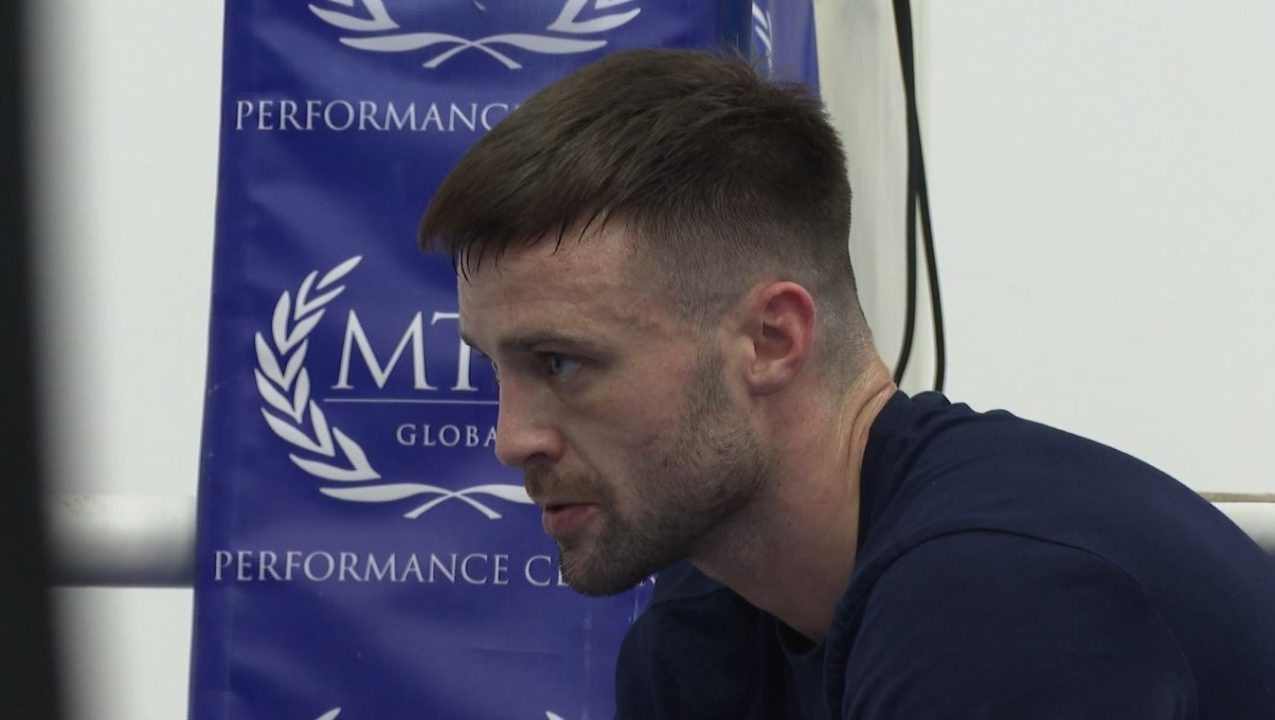 It’s been 17 weeks of blood, sweat and tears but the end is in sight for Josh Taylor after one of the longest training camps of his career.

Under the watchful eye of trainer Ben Davison, he’s tested his body to the limit day after day as he prepares to take on Jack Catterall next week in his first defence as undisputed world champion.

Now the Scot is ready to put on a show at Glasgow’s Hydro with his four titles on the line.

“All the hard work is done, it’s just fine tuning and getting dialled in, tapering down and saving the energy now. I can’t wait. I’m glad the training camp’s done. It’s been a whole lot of hard work so can’t wait.

“It’s been a long time since I’ve been back in the ring and also fighting in front of a big crowd. That’s a good thing as well. My last two fights – one was in front of no one and the other one in Vegas was a very limited crowd so yeah I’m super excited to be back in front of a full crowd in the Hydro and I can’t wait.”

Taylor’s last fight at the Glasgow venue was the one that put him firmly on the map and started his journey to domination of his division. His win over Ivan Baranchyk earned him his first world title and the IBF belt and he was happy to reflect on his journey since then.

“I always thought that happens to your superstars in the sports, you know your Mike Tysons, your Lennox Lewises and that, the big, big superstars, your Floyd Mayweathers although none of them really did it.

“So, I’ve made a lot of history in my short career and I’m very proud of it, but Jack is standing in the way of it all crumbling down and I’ve got  to make sure that it doesn’t.”

The Scot’s history-making moment, when he beat Jose Ramirez to unify the titles, was in front of a reduced crowd in Las Vegas, and few got to see it at home.

Now he’s getting set for a fight that will be witnessed by a full house in Glasgow and, with the event live on Sky Sports, a national audience can see him in action at the highest level. He admits that having fans to generate an atmosphere can help him hit the heights.

“I like boxing in front of the big crowds,” he said. “I always knew I was like a duck to water when it came to performing in front of crowds, I just know that’s what I was meant for.”

The bigger spotlight will also make a difference to a fighter who sometimes feels his achievements haven’t always had the recognition they deserve.

“It’s really important to me [that fight is on television here),” he said. “The last one was very frustrating given the history and the magnitude of the fight and not a lot of people saw it.”

A successful defence next Saturday would make Taylor impossible to ignore, and mark another step forward in a remarkable career for ‘The Tartan Tornado’ so far.