Former players, journalists and other clubs have responded to the news of his death. 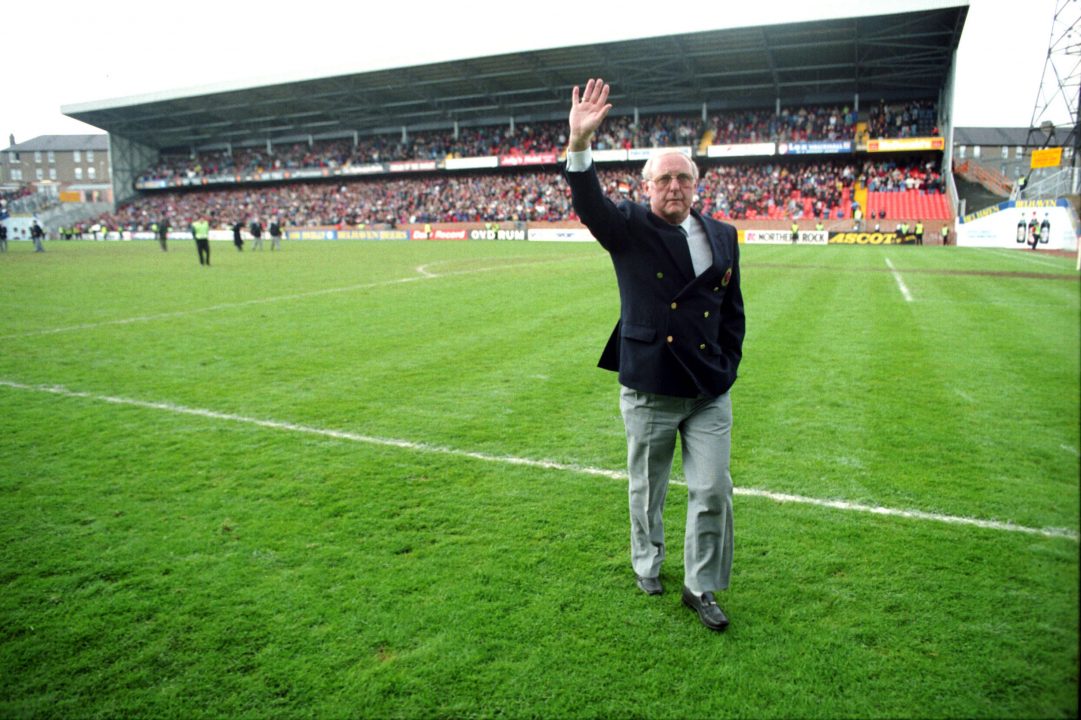 Tributes have poured in for Dundee United legend Jim McLean, who led the club to a league title, following his death at the age of 83.

The former manager, who lifted the league cup twice and led his side to the final of the UEFA Cup in 1987, was described as “an integral part of our history” by the club.

The “titan of Dundee United folklore” managed them for more than 21 years, as well as being director and chairman during his long association with the club.

Former players, journalists who interviewed him, and other football clubs have paid tribute to the man who took the Tannadice reins in 1971.

Maurice Malpas, who captained the club under McLean, said he should be “remembered as one of the greatest managers Scotland has ever produced.”

He said: “What he achieved will never be done again. He took a bang-average team at the bottom of the league, flirting with relegation, and took them to a league title and then to the semi-final of the European Cup and the final of the UEFA Cup. That’s phenomenal.

“What he did in Europe was scary. No provincial club will ever repeat that again..

“The reputation we built, how we played against some of the continent’s best sides…no one will ever get near that again.

“Jock Stein won the European Cup with Celtic but for wee Jim to take Dundee United – who he referred to as a corner shop – to the semi-final I think puts him up there in the same bracket.

“He should be remembered as one of the greatest managers Scotland has ever produced.”

McLean was just 34 when he took charge at Tannadice and his footballing philosophy was for Dundee United to produce their own young talent and complement them with more experienced player from around Scotland.

He led the club to their first ever Scottish Cup final in 1974 and in 1979 guided them to their first major honour in the league cup. The team retained the trophy the following year.

‘There was an element of total football about what he did at Dundee United.’

However, the highlight of his tenure is considered the 1982/83 season, where the team fought off challenges from Celtic and Aberdeen to win the title for the first and only time.

McLean commanded respect throughout Scottish football and enjoyed a playing career before management with Hamilton Academical, Clyde, Dundee and Kilmarnock.

“All at Dundee Football Club were saddened to learn of the death of former player Jim McLean this evening,” Dundee said in a statement on Boxing Day.

Hamilton Academical said: “We are very saddened to hear of the death of former striker Jim McLean, aged 83, today. Renowned as legendary manager at Dundee Utd, he hails from Ashgill and was a prolific scorer with us 1956-61, before moving to Clyde.”

Commentator Derek Rae said McLean was “one of the truly great tacticians in world football” in the 1970s and 80s.

He tweeted: “There was an element of total football about what he did at Dundee United, coming up with new tactical ideas that simply kept everyone guessing. It was spellbinding and when it worked, devastating.”

Remembering his own dealings with McLean when he was a young journalist, Rae added: “As a very young broadcaster at the time, talking to someone with such a fearsome reputation, it was natural to be nervous.

“But he never failed to give me a brilliant interview and boosted my confidence once day when he told me that I least I came and spoke a bit of sense!”

McLean was remembered fondly by many who didn’t work in football, including a former first minister of Scotland.

Jack McConnell said: “The legacy of Jim McLean is obviously particularly special for supporters of Dundee United but he also helped everybody else believe that anything was possible. And they played fantastic football too.”

Deacon Blue frontman and United fan Ricky Ross tweeted: “Jim McLean changed our lives as young football fans. He took us on a wild and impossible dream. I will always be so grateful.”

McLean’s family said they would be “eternally proud” of him, as they issued a statement on Boxing Day.

They said: “Jim was a much loved husband, father, brother, uncle and father-in-law, and we will all sadly miss him. His remarkable six decade career made him a true legend not only at Dundee United, but across the world of football.

“Jim’s achievements in leading Dundee United to the Scottish Premier League title in 1983 and to the semi-final of the following season’s European Cup are unlikely ever to be repeated.

“This is a very sad day for our family, but we will be eternally proud of Jim. We would ask that our privacy is respected at this very difficult time for our family.”