Figures from the football world and beyond have paid their respects to the Brazilian football legend. 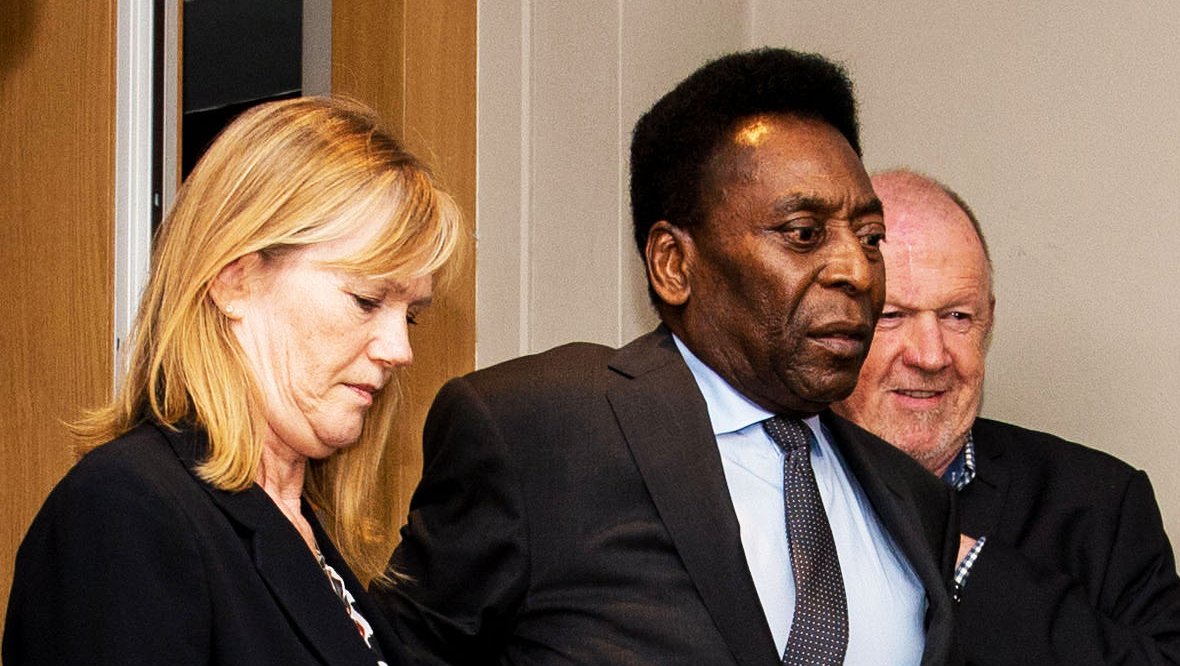 Figures from the football world and beyond have paid tribute to Pele following the Brazilian star’s death at the age of 82.

Pele, who won the World Cup three times and was regarded as one of the greatest players of all time, died in hospital in Sao Paolo on Thursday after a period of ill health.

The Brazilian government has announced a three-day national period of mourning “as a sign of deep respect” for the player, who scored 77 times in 92 games for his country’s national team and was a central figure in establishing Brazil as a side associated with expressive and entertaining football.

The government tweeted: “As a sign of our deepest respect for the great man and superb athlete ‘Pelé’ Édson Arantes do Nascimento, his family, friends, all of Brazil and multitudes of admirers worldwide, a three-day National period of mourning for the Brazilian hero was decreed by President Bolsonaro.”

Brazil’s president-elect, Luiz Inácio Lula da Silva, said: “I had the privilege that younger Brazilians didn’t have: I saw Pele play, live, at Pacaembu and Morumbi. Play, no – I saw Pele give a show.

“Because when he got the ball he always did something special, which often ended up in a goal.”

Pele’s former club Santos FC said that his funeral will take place on Monday and Tuesday and that public will be able to pay respects at their Vila Belmiro Stadium, where his coffin will be laid in the centre of the pitch.

Current Brazil star Neymar led the tributes from footballers, saying that Pele had changed the game.

“Before Pele, 10 was just a number,” he wrote on Instagram. “I’ve read this phrase somewhere, at some point in my life. But this sentence, beautiful, is incomplete. I would say before Pele football was just a sport. Pele has changed it all.

“He turned football into art, into entertainment. He gave voice to the poor, to the blacks and especially: He gave visibility to Brazil. Soccer and Brazil have raised their status thanks to the King! He’s gone but his magic remains. Pele is FOREVER!!”

“An inspiration for so many millions, a reference from yesterday, today, forever,” Ronaldo said. “The affection he always showed for me was reciprocal in every moment we shared, even from a distance.”

Germany legend Franz Beckenbauer wrote: “Today, football lost the greatest man in its history – and I lost a unique friend. Born in Três Corações, Pelé had three hearts: for football, for his family and for all people. Someone who played with the stars and always stayed down to earth.

“I went to the US in 1977 because I really wanted to play on a team with Pelé at New York Cosmos. This time at his side was one of the greatest experiences of my career. We became champions together right away, and Pelé then just called me his brother. It was an unimaginable honour for me. Football will always belong to you! You will always be here. Thank you for your game, O Rei!”

France star Kylian Mbappe tweeted “The king of football has left us but his legacy will never be forgotten. RIP KING”.

In Scotland, the Scottish FA, Celtic and Rangers were among those marking the player’s passing. The SFA simply said “Farewell to one of the true icons of the game”, while a Celtic tweet read: “A true legend and one of the greatest ever to have played the game. Rest in Peace, Pele”.

Rangers tweeted: “Rangers FC are saddened to hear of the death of Pelé, one of the true greats of the game. We join the football world in passing our condolences to his family and friends at this time.”

There were also tributes from outside the sport, with US president Joe Biden and former presidents Barack Obama and Bill Clinton all paying their respects.

Biden wrote: “For a sport that brings the world together like no other, Pelé’s rise from humble beginnings to soccer legend is a story of what is possible. Today, Jill and I’s thoughts are with his family and all those who loved him.”

Obama said that Pele “understood the power of sports to bring people together”.

Clinton said: “Pelé was not only a football legend but also a humanitarian and global icon. He used his platform to empower disenfranchised children and inspire generations around the world. We give thanks for his life and legacy.”

There was also a tribute from NASA, who posted an image for “The king of the beautiful game”.