Figures from across the football world and beyond have expressed their sadness. 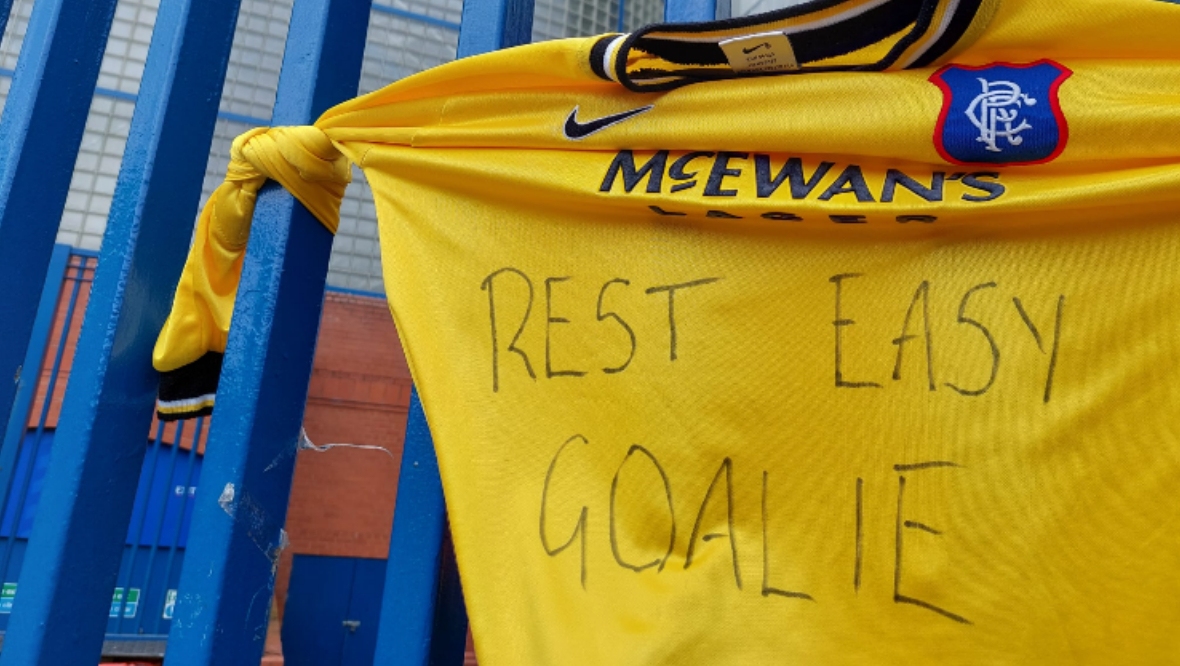 Tributes have been paid to Scottish football great Andy Goram, who has died at the age of 58.

The 58-year-old Ibrox nine in a row legend, who also played for Hibernian, Manchester United and Motherwell during a 23-year playing career, revealed last month that he had been diagnosed with incurable cancer and figures from across sport and beyond have expressed their sadness at his passing.

He is widely regarded as one of the best goalkeepers in the history of Scottish football and will be remembered by fans and players alike for a string of fine performances in the late 90s that helped Rangers win five league titles, three Scottish Cups and two League Cups.

“Thoughts and prayers go out to his family.”

The SFA have also paid tribute to Goram with a touching memory of his time playing in Scotland colours.

They wrote: “The Scottish FA is saddened to learn of the passing of former Scotland international Andy Goram at the age of 58.

“Goram will be remembered as one of the finest goalkeepers this country has ever produced and picked up 43 caps for Scotland.

“His potential as a future international shot-stopper was first recognised by then-caretaker Scotland manager, Sir Alex Ferguson, in October 1985 – when he was called up for a friendly against East Germany at Hampden Park.

“Goram was introduced as a second-half substitute for Jim Leighton to collect his first cap.

“A first start ended with a clean sheet in a 3-0 friendly win over Romania at Hampden Park, while a further run-out followed against the Netherlands ahead of the World Cup in 1986, where he provided competition for Leighton and Alan Rough.

“Goram pushed established first-choice Leighton hard, and was again his understudy for the World Cup in 1990, before claiming the gloves for the 1992 European Championship qualification campaign.”

First minister Nicola Sturgeon tweeted: “This is such dreadfully sad news. Andy Goram was one of Scotland’s all time football greats. Gone far too soon. My condolences to his loved ones.”

While health secretary Humza Yousaf wrote: “Gutted to hear Andy Goram has passed away, what a legend of the game he was, as well as a huge personality. Thoughts v much with his family, friends and those who were lucky enough to play alongside him over the years.”

One of Goram’s former clubs, Hamilton Accies, confirmed that the club are set to have a moment’s silence in their pre-season friendly against Queen of the South this afternoon for the keeper.

While Goram’s other former clubs Oldham and Motherwell have also paid respect to the 43-time capped Scotland keeper.