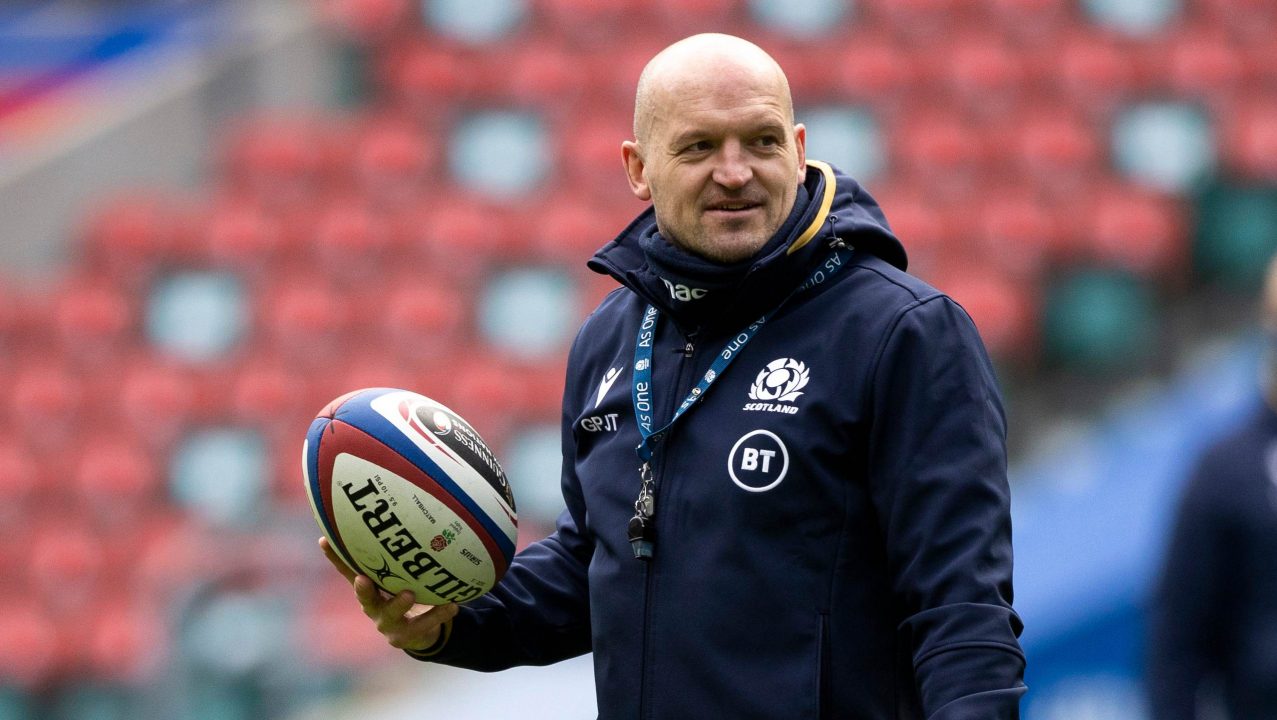 Scotland head coach Gregor Townsend praised his players for their thrilling performance after they stunned England at Twickenham to win the Calcutta Cup.

Townsend saw his side beat England 11-6 on their own turf to make an explosive start to their Six Nations campaign, and lift silverware on the 150th anniversary of the fixture.

The head coach said he had felt positive going into the game but the overall performance, where Scotland were on top and in control throughout, was beyond his expectations.

“There was just a calmness about the way we played, a togetherness, and an effort level that was superb,” Townsend said.

“We had a good feeling over the last couple of weeks from the way the players were training and the way that they had bonded, that we would play well.

“But it’s the first game of a championship, first time in the team for a while for a few people, and some making their debuts, and they performed so well.

“That was above expectations. What an outstanding start to the championship.”

Townseend detailed the many parts of Scotland’s game that impressed him, but said that the character of the players was key as well as the technical aspects of the victory.

“They delivered on the game plan in all sorts of areas,” he said.

“Our line-out was superb. We really respect England’s set piece and the line-out has been excellent over the last couple of years. We put pressure on it and we won a couple back.

“We forced poor-quality ball, our scrum was solid, defensively we were very good and we were accurate in attack. That was difficult in these conditions.

“I thought our kicking options were excellent. We were very close to scoring a try in the corner and we had kicks that put England under pressure.

“But the players’ leadership was what stood out for me. You could hear them on the field because there was no crowd and they were in control.

“They’ll have grown so much from that performance.”