The head coach backed his captain after a game where he said both sides made errors. 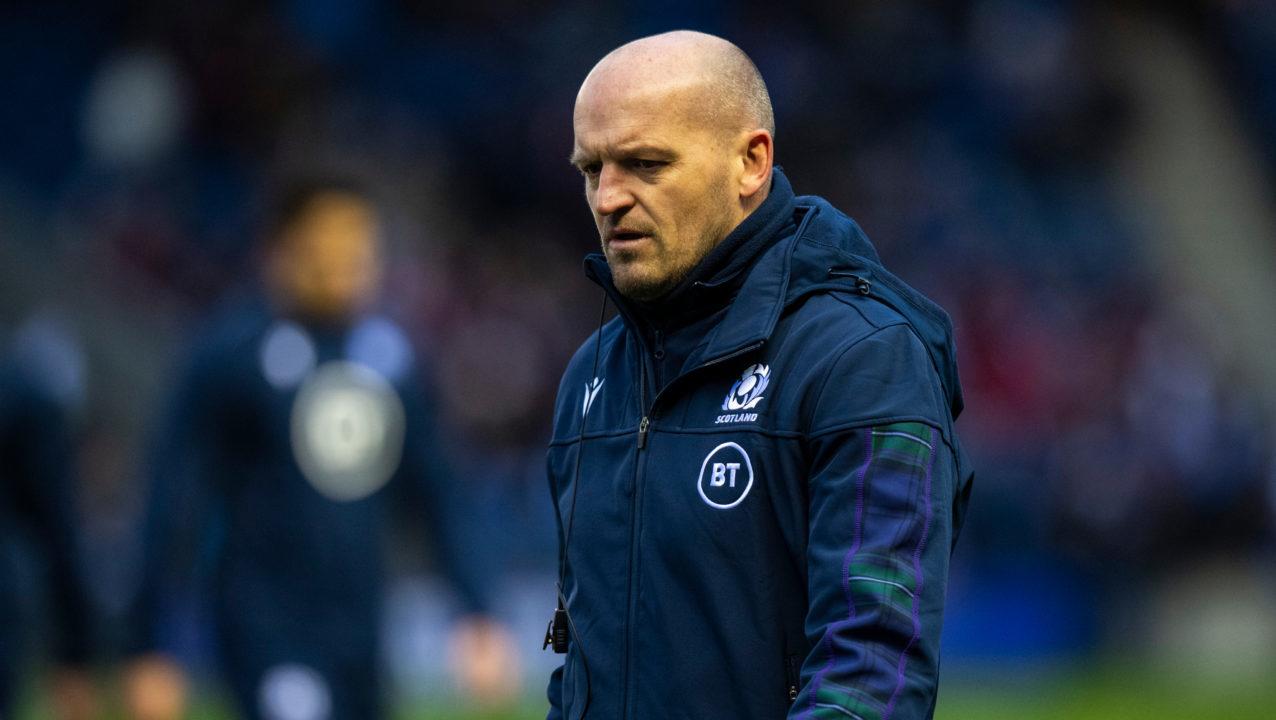 Scotland head coach Gregor Townsend has backed Stuart Hogg after the captain made a costly mistake in the Calcutta Cup loss to England.

With the score locked at 3-3, Hogg conceded a five-metre scrum that led to England scoring the winning try and going on to win 13-6.

The full-back said he was “devastated” over the decisive moment in the game but Townsend said he understood what Hogg meant to do and that he was close to “a brilliant decision” in tough conditions with wind and rain battering Murrayfield.

“There were I don’t know how many errors in the game today, I would say about 40 or 50,” Townsend said. “There were kicks that went straight out, there were lots of handling errors.

“Stuart was trying to let that ball go over the try line and it just didn’t bounce up. If that ball had bounced forward then we would have had a 22 and not a scrum 5.

“It’s a decision that’s very hard to judge in those conditions. He’s an inch or two away from making a brilliant decision. I thought some of his play was outstanding today.

“There’s going to be mistakes and there were a lot of them today from both sides.”

The defeat was a second successive loss in the Six Nations but Townsend revealed that he had told the players they had been facing top quality opposition and that there were positive aspects of their game to build on.

“The players are really disappointed and they had worked really hard to get to a position of 3-3,” he said. “This wasn’t going to be a game with many points scored. They worked hard to get a chance to get ahead.

“We have played two very good teams in the last two weeks. Ireland have lost one game at home in the Six Nations in five or six years. Today we played the World Cup finalists, who have a set piece and a game that’s based on a lot of kicking and can adapt to these conditions.

“It took us a while to adapt to it but I was proud that the players did adapt and really took the game to England in the second half.

That’s something we have to take as a group: that we played two top quality teams but when we go to our next game we make sure we are better and that we have chances of winning our next game or three games and we do all we can to find a way to win.”

Hogg gave credit to England for their kicking game and admitted that Scotland had struggled at times in the conditions. On the moment that led to the try, he said: “It was a huge chance for us to exit and get up the right end. Unfortunately the ball just didn’t sit up.

“It was tough to take and put the boys under pressure and we didn’t get out of there.

“I’ll take that on the chin and be in a position to say I made a mistake.

“I’m not going to shy away from it, I made a mistake and these things unfortunately cost us.