'The next Stuart Hogg could be there, we just don’t know'

Andy Nicol and Jamie Ritchie have called for rugby to be part of the state school curriculum. 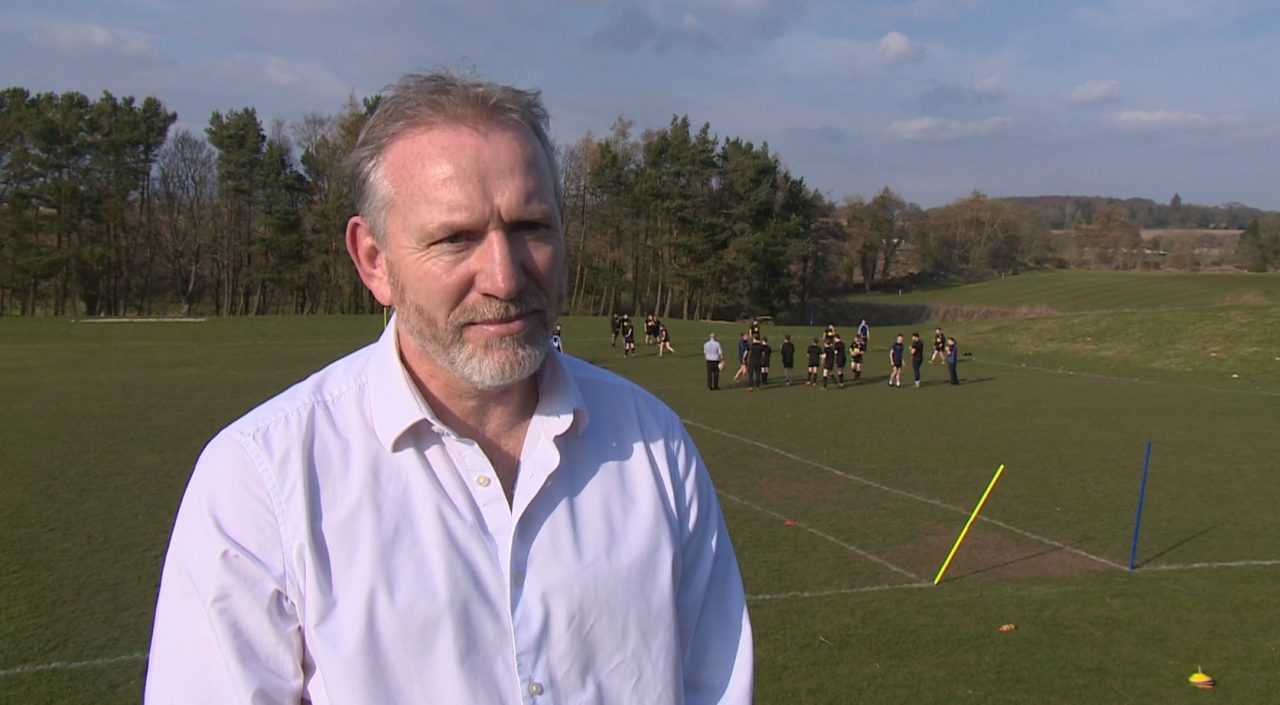 Former Scotland rugby captain, Andy Nicol, says the sport has to get back on the curriculum in state schools, to help the future of the game in this country.

It comes on the back of a disappointing Six Nations campaign for the national team.

Nicol was speaking as he attended Braeview Academy in Dundee for an initiative led by Scottish Rugby aimed at exposing more youngsters from state schools to the sport.

Educated at the High School of Dundee, Nicol says it’s never been more important to ensure no-one slips through the talent net.

“The next Stuart Hogg could be there, we just don’t know,” he told STV. “I came through the eighties, I was at Dundee High School and we played against all the state schools and the teachers strike happened in the mid eighties and it just never came back after that.

Current Scotland international and Edinburgh Rugby player, Jamie Ritchie, who passed on his expertise to the youngsters, admits he may not have made it in the sport had he not been at private school.

He said: “I was at state school until first year and then was lucky to get offered a place to go to a private school, partly on a rugby scholarship.

“I think the sad thing is I don’t know if I would have got to where I am now if I hadn’t taken that pathway and I think, trying to improve that so that kids who maybe don’t get the opportunity to go to private schools still have the chance to go and make it as a pro is massive.”

“We just want to keep developing players, get some of the ones back from injury that we lost half way through the Six Nations and just keep on track.”