Test events: ‘No preference’ for rugby over football

The virus doesn't care about the shape of the ball, Nicola Sturgeon says. 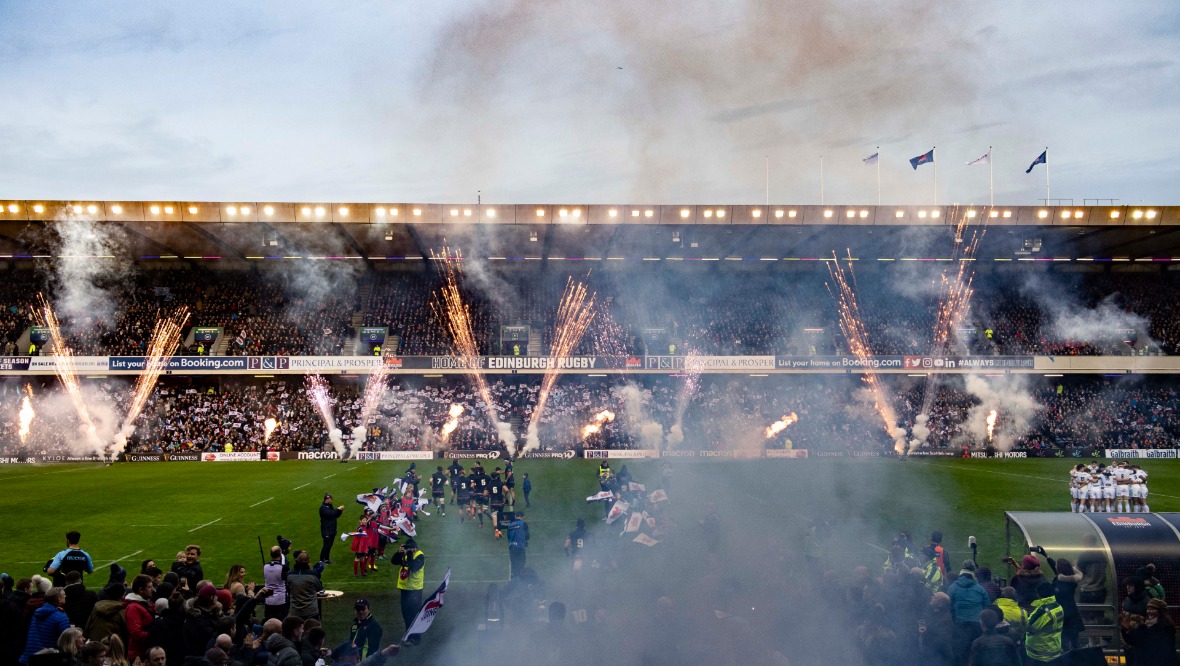 The First Minister said the decision to allow a rugby match to be used as a test event – but not a football game – is not a case of preferential treatment.

The Scottish Government granted permission for a limited number of fans to watch Edinburgh v Glasgow Warriors at Murrayfield on Friday.

But it rejected Celtic’s bid to have supporters when they play Motherwell on Sunday.

Nicola Sturgeon said test events were not about “trialling how it works with rugby versus football”, adding that anything learned from the rugby match will apply to football.

Speaking at the daily coronavirus briefing, she said: “We’re not trialling how it works with rugby versus football.

“I’ll let you into a wee secret here; the virus doesn’t care about the shape of the ball at these events.

“What we are testing is how we can operate within a stadium with spectators, and maintain and comply with all the physical distancing and other hygiene rules.

“The learning from rugby will apply to football because it’s not specific to rugby versus football.

“The virus really doesn’t care what sport it is, it just cares about having people to transmit from, one to the other, around, so the test event that will go ahead tomorrow night at Murrayfield with rugby will allow us to learn and to apply those lessons across different sports. “

September 14 has been identified as an indicative date for fans to return to sports stadiums across the country in restricted numbers.

Sturgeon asked fans to “bear with” the Scottish Government as it tries “to find the safest ways of giving as much normality back as possible.”

She said: “Hopefully in the not so distance future we’ll be able to move into having albeit limited number of spectators in stadiums or a variety of different sports not on a test and pilot basis but on a more general basis.

“So I would ask spectators and fans, whether it’s football or rugby, to bear with us just now.

“We’re trying to find the safest ways of giving as much normality back as possible.

“It’s not about preferring rugby over football or football over rugby or any sport over any other sport.

“It’s just about trying to keep people as safe as possible as we try to get life back to as much normality as possible.”