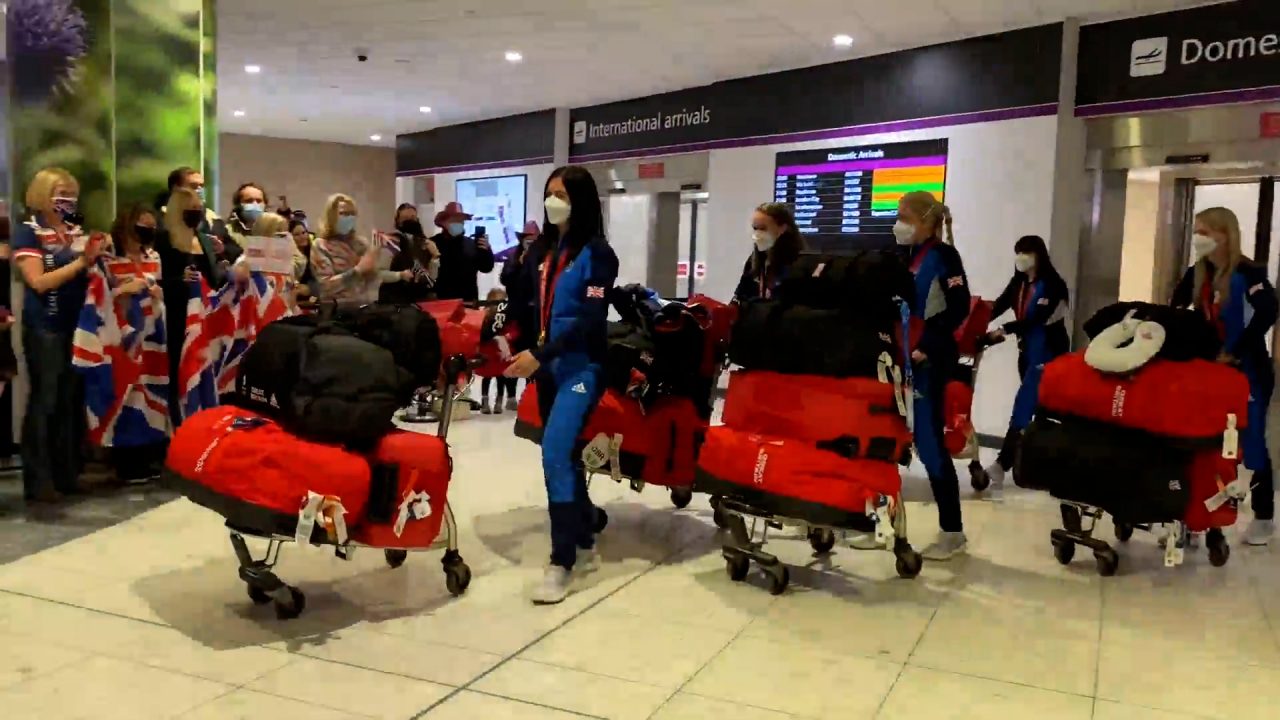 Team GB’s medal-winning curlers have arrived back on Scottish soil following their success at the Winter Olympics.

Returning home following a successful medal haul in Beijing, the men and women’s teams were greeted by friends and family at Edinburgh Airport on Tuesday evening.

Speaking at Edinburgh Airport during the final leg of her journey back to Stirling, Muirhead said she hoped the victory would leave a lasting legacy just like Rhona Martin’s famous 2002 gold in Salt Lake City.

“For us to repeat that 20 years later is really special and it’s fantastic for the sport of curling,” she said.

The gold winning athlete, who was reunited with her friends and family after not seeing them for more than a month, said the victory was “starting to sink in” after a “wild” few days.

“It’s funny because you are out there in a really tight bubble,” she said.

“We have had our phones off with different numbers and no social media, and when I landed back in London last night I put my phone on and, honestly, it’s not stopped.”