Taylor ‘in great shape’ for Vegas but will miss travelling fans

The Prestonpans boxer is ready for his unification fight with Jose Ramirez. 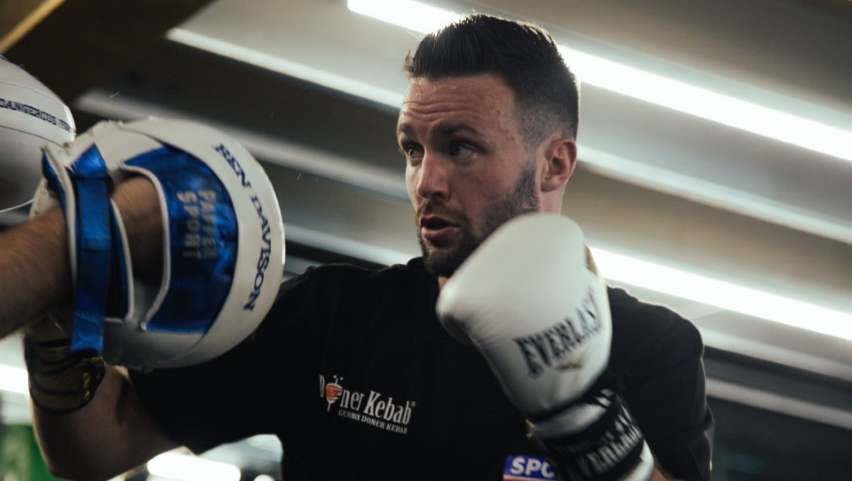 Josh Taylor says he’s gutted his family and friends will be unlikely to watch his historic unification fight in person but has vowed to return to Vegas with them as a four-belt champion.

Taylor heads off to the US later this week to finalise preparations for the super lightweight showdown with Jose Ramirez on May 22nd , with the chance to become Scotland’s first undisputed world champion since the legendary Ken Buchanan.

The 30-year-old was hopeful he would make his Vegas debut in front of a huge travelling support but the pandemic means that it’ll be a largely American crowd that sees him take on the biggest fight of his career. Taylor said he’ll miss his usual support but will thrive on the noise of a crowd.

“It’s what we’re used to, having fans in,” Taylor told STV. “It’s what creates the atmosphere in the fights.

“They’re talking half capacity, so around eight to ten thousand people. That’s a good crowd and they’ll make good noise, albeit it will be mostly American fans, but I’m not caring.

“I’m used to fighting in front of a good fan base, it gives you the nerves and the butterflies in the belly. It’s better for me.

“The only thing that’s a little bit of a shame is that we might not be able to have travelling fans, which is crap,. All my friends and family that have supported me from day one are not going to be able to come. My mum, my dad, my little sister and possibly even Danielle, my fiancee, will not be able to come and see me so that’s a bit of a kick in the teeth.

“But, it is what it is, can’t dwell on it. Just got to get on with it, I’ll come back with all the belts  and we can go back to Vegas in the future and do it.

“I’m doing everything in my power to make sure I come back with the win, put Scotland on the map and cement my name in the history books. Undisputed champion of the world just sounds so good.  I do think I’m going to come back with all the belts and hopefully it will be the start of a good summer for Scotland as well.”

After a lengthy build-up, Taylor is looking forward to making the trip over the Atlantic as the big night draws closer. The WBA and IBF champion will go into four weeks of intense preparation and acclimatise to the heat but he believes he’s already on the way to being in perfect condition when it counts.

“It’s been a long one but slow, gradual build  up. I don’t feel like I’ve punished my body. My body doesn’t feel like it’s hurting or anything. I feel  like I’m very relaxed and fit and comfortable. There won’t be any issues of fitness coming in to this fight.”

Taylor has a perfect record of 17 wins from 17 professional fights and could make history on May 22 but he says that there’s still plenty to come.

“I just feel like I’ve still got more in me to be achieve and improve,” he said. “I don’t feel I’ve reached my full potential yet. I just feel I’m still hungry to achieve more and do more.

“I’m really competitive as well. Everything I do is a race for me. If I’m walking beside Danielle and she’s beating me, I want to beat her!

“I love what I’m doing, I really love what I do for a living. I’m happy. The desire and the will to win and the burn to do more sis still full ablaze.

“Until I feel that I’m not performing better, or had too many fights, or too many miles on the clock, I’ll keep going  because I love what I’m doing and what to keep being the best I can be.”