Large crowd of demonstrators chant 'sack the board' ahead of club's Premiership clash against Kilmarnock. 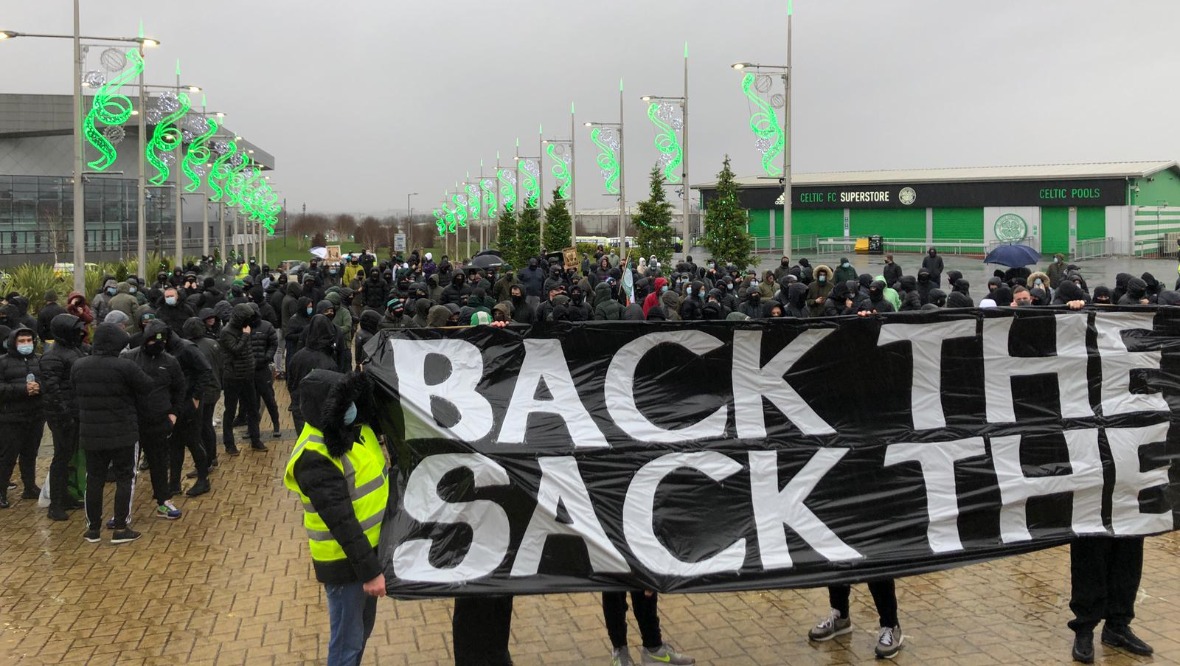 A large crowd of Celtic fans has gathered outside Parkhead, calling for the club’s board to be sacked during a planned protest.

They held a banner outside the stadium’s main entrance with a message reading “Back the team; Sack the board”.

Police had warned fans not to attend the protest after violent scenes followed Celtic’s 2-0 defeat to Ross County in the League Cup earlier this month.

The Celtic board issued a statement last week saying manager Neil Lennon continues to enjoy their support despite the team’s poor run of results in recent games, and that progress will be reviewed “in the new year”.

Lennon believes protests from some of the club’s supporters have crossed a line after a banner reading ‘shoot the board’ was displayed outside the stadium last week.

“From some sections of the support it is dangerous rhetoric,” Lennon said.

Celtic face a number of crucial matches in the next few weeks, including the rescheduled Scottish Cup final against Hearts that could complete a clean sweep of last season’s domestic trophies, making for a record fourth consecutive treble.

The reigning champions also face Rangers in the league in early January.

“Officers engaged with those who attended, gave advice, no arrests were made and the gathering dispersed.

“We will continue to police these types of event using the 4Es approach of engaging with those taking part and explaining the restrictions in place to save lives.

“Our response will be measured and proportionate but we will use enforcement where required if there is a clear breach of the legislation.”