The striker is set to play his part in Tuesday's friendly in Vienna. 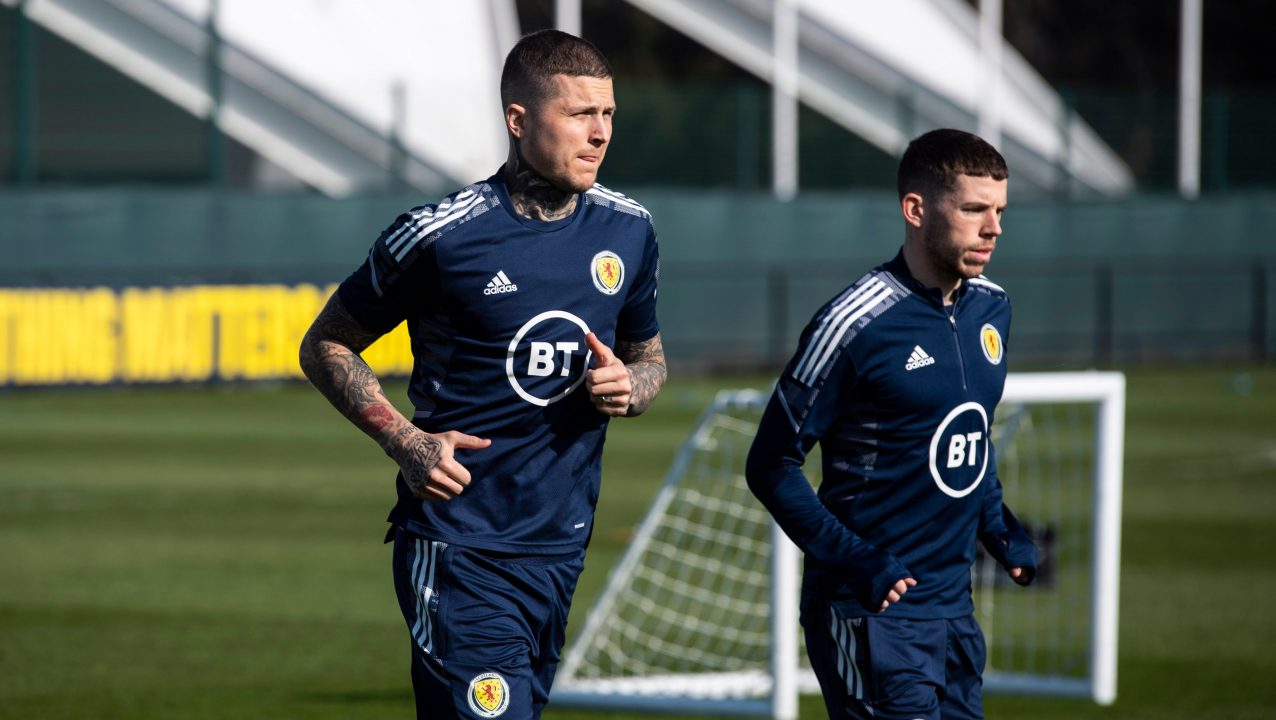 Scotland boss Steve Clarke has said that Lyndon Dykes is fit to play his part in Tuesday’s friendly against Austria, despite the player’s club manager expressing concerns before he was called to the squad.

Dykes had been sidelined for about a month at QPR with a hamstring problem when he was called up by Scotland and travelled to join the squad for friendlies against Poland and Austria.

QPR boss Mark Warburton made his concerns known about that, saying that although he supported his players going to play for their countries, “if he is not fit for us, he is not fit for Scotland”. However, after discussions between Scotland and QPR, Dykes joined up with his fellow internationals.

Dykes was left out of the Scotland team that drew 1-1 with Poland on Thursday but looks set to feature against Austria.

Asked about the fitness of his squad, Clarke said that Dykes and Scotland captain Andy Robertson were back in the fold.

The Scotland boss said he had not had any recent conversations with Warburton about Dyke’s condition but didn’t anticipate any problems with playing him.

“Not since pre-camp,” he said. “We obviously discussed the issue before the camp and then we were guided by QPR.

“They allowed Lyndon to come up and join us to watch the Poland game. He’s done a couple of training sessions since then. He’s good to go.”

The Scotland boss also revealed that he will make numerous changes to the starting side, with the friendlies coming at a time when players have a busy club schedule.

Clarke said: “Looking at the bigger picture, in terms of fairness to the players in the squad more than anything, this is a game where I’ll probably rotate a little bit more than I would for the second game in an international break.”

Looking ahead to a match against a side Scotland took four points from in their two World Cup qualifying group matches, Clarke said it would be a competitive match. Austria manager Franco Foda has announced he is stepping down after the friendly, having failed to lead his side to the World Cup finals.

“It is somewhere where we have been before,” said Clarke. “We know we can go there and perform.

“The Austrians obviously had a big disappointment against Wales. Looking at it, how I would be as a player or manager or coach, I would be looking at the next game to try and get the previous game out of the system. So I expect a really competitive game.

“They will want to win to get back on an even keel. Obviously, it is a game where the manager has announced it will be his last game.

“So they will want to get on the pitch and do the best for their country, same as our boys.”