Clarke: Patterson doubtful for Ukraine but Scotland squad is strong 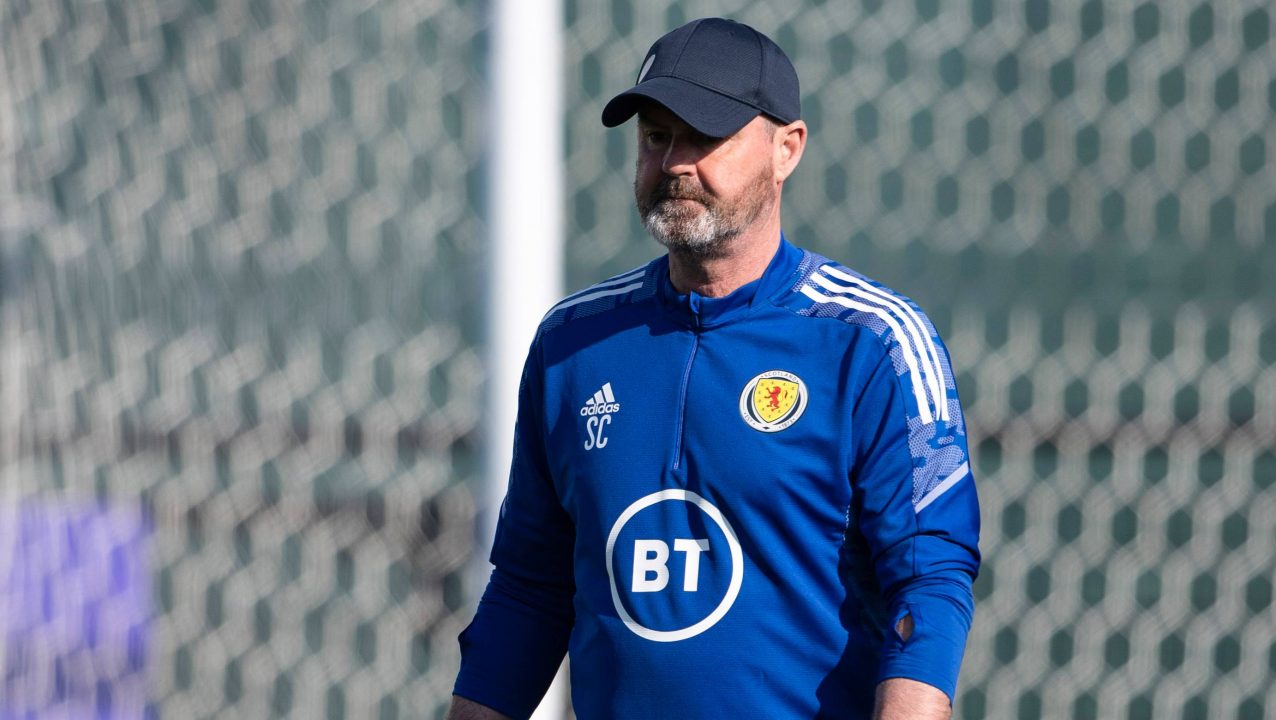 Scotland coach Steve Clarke revealed that Nathan Patterson is doubtful for the Ukraine play-off, and expressed disappointment that Kieran Tierney isn’t available, but says he has the players to reach the World Cup.

Clarke has named a 28-man squad for the upcoming internationals, where Scotland play Ukraine in a semi-final at Hampden, with the winner going on to play Wales for a place at Qatar 2022.

The team will then face a Nations League triple-header, with home and away games against Armenia either side of a trip to play Ireland in Dublin.

The squad announcement had confirmed that Tierney’s knee injury would rule him out of the crucial games, and Clarke admitted the Arsenal defender’s absence would be keenly felt.

“Probably for everybody who is just getting the news today, it’s a blow,” the Scotland manager said. “For myself and my staff we’ve known for a little while that Kieran wouldn’t be available for these games.

There was further bad news with Everton right-back Patterson also likely to miss next Wednesday’s game at Hampden. Clarke does expect the young defender to be available later but will have to consider other options for Ukraine.

“I think at some stage over the four or hopefully five matches, Nathan will be fit to play,” he said. “His return to play is imminent and it just comes down to match fitness. I would put him down as doubtful for the Ukraine game.”

Clarke said that Kenny McLean had missed the squad after suffering a broken toe but that Billy Gilmour was back to fitness and ready to play.

The manager believes the group of players he has at his disposal gives him plenty to work with as he attempts to guide the nation to a first World Cup since 1998.

“I think you’ll see that the squad is a little bit larger than normal and it’s to cover one or two eventualities,” he said. “But there’s more than enough good players to get us through the summer games.”

The team’s fate should already have been decided but the original play-off date in March was cancelled after Russia’s invasion of Ukraine made the match impossible.

Clarke had expressed sympathy for everyone in Ukraine and said previously that football was put into perspective by the conflict. With the opposition ready to play and the fixture just over a week away, he said he now had to put his focus on preparing Scotland to win.

“We all understand and respect the position of the Ukraine team,” he said. “Fortunately for them they’ve managed to get their players out of the country and into a training camp, they’ve been playing matches.

“They’ll be ready for the game.

“The most important thing for me as Scotland head coach is that I have to make sure that we are ready for the game.

“I don’t think [there’s a different dynamic] for us. The football is very, very important. We want to go to the World Cup. Me, my staff, my players, we all want to be there.

“We’re in the middle of a run that’s eight games unbeaten. I think we’ve done pretty well since last summer. I’ve gone pretty much same again and added one or two in but nothing new, no shocks.