Steve Clarke: I felt football owed me one tonight

The national team boss feels his side will have "every chance" against Serbia in the play-off final. 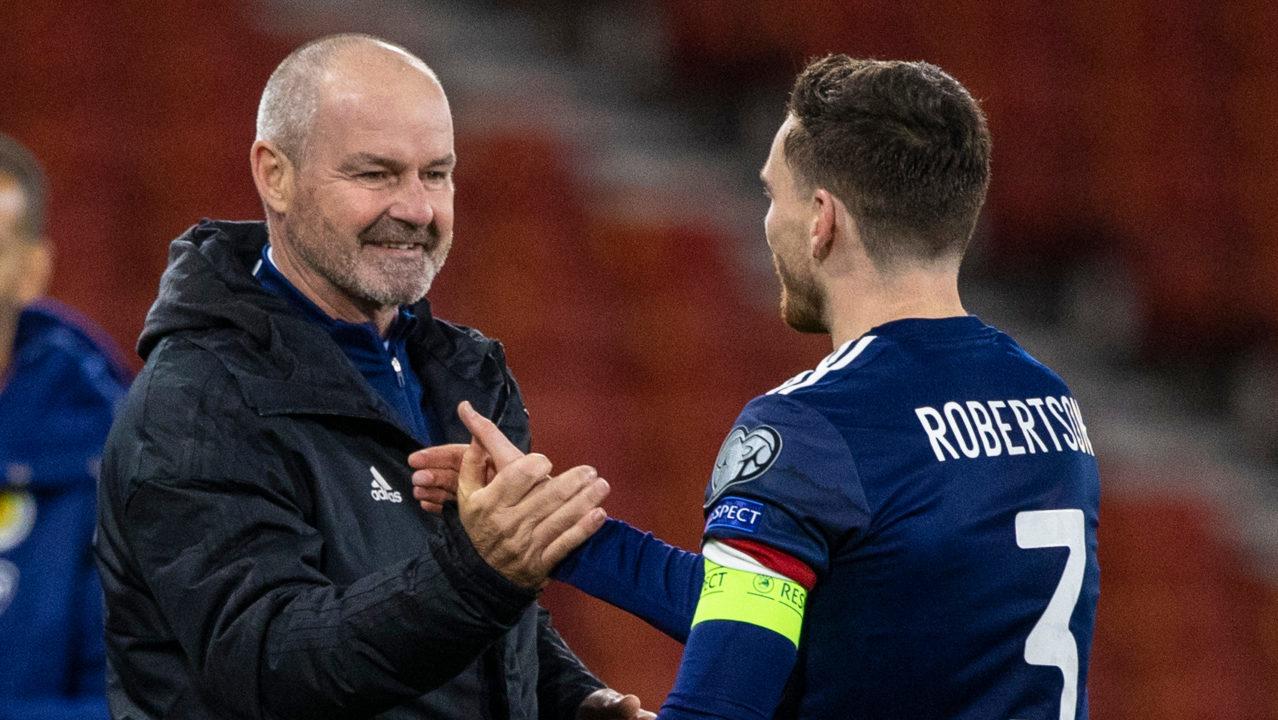 Scotland manager Steve Clarke admits he felt the nerves as his players stepped up to take their penalties in the play-off win over Israel but thinks they will go into the final with every chance of making history.

The sides were locked at 0-0 at Hampden after two hours of play and needed a shoot-out to decide who would march on to face Serbia and Scotland were 5-3 winners from the spot.

Clarke watched on and he says it crossed his mind that he had suffered the pain of losing in similar circumstances when he was assistant manager of Chelsea.

“That goes through your mind but I just felt that the game owed me one tonight and I think we got it.”

Scotland will play Serbia on November 12 after they beat Norway against the odds in the other semi-final. Clarke is aiming to keep momentum going with positive results in the two Nations League fixtures this week before drawing up his plans for the match that could see Scotland qualify for a major finals for the first time since 1998.

“The game between Serbia and Norway would have been similar to this one,” he said. “Close between two teams.

“We go there maybe as slight underdogs but the next two games against Slovakia and Czech Republic at home can hopefully give us a nice platform to go in there with another two games unbeaten and then go there with every chance.

“You always want as many chances as you can get to reach a major championship. We had to win tonight to make that next step so the players have the chance to make a small bit of history for the Scottish national team next month.”