Scotland came from a goal down to beat the visitors 2-1 at Hampden Park. 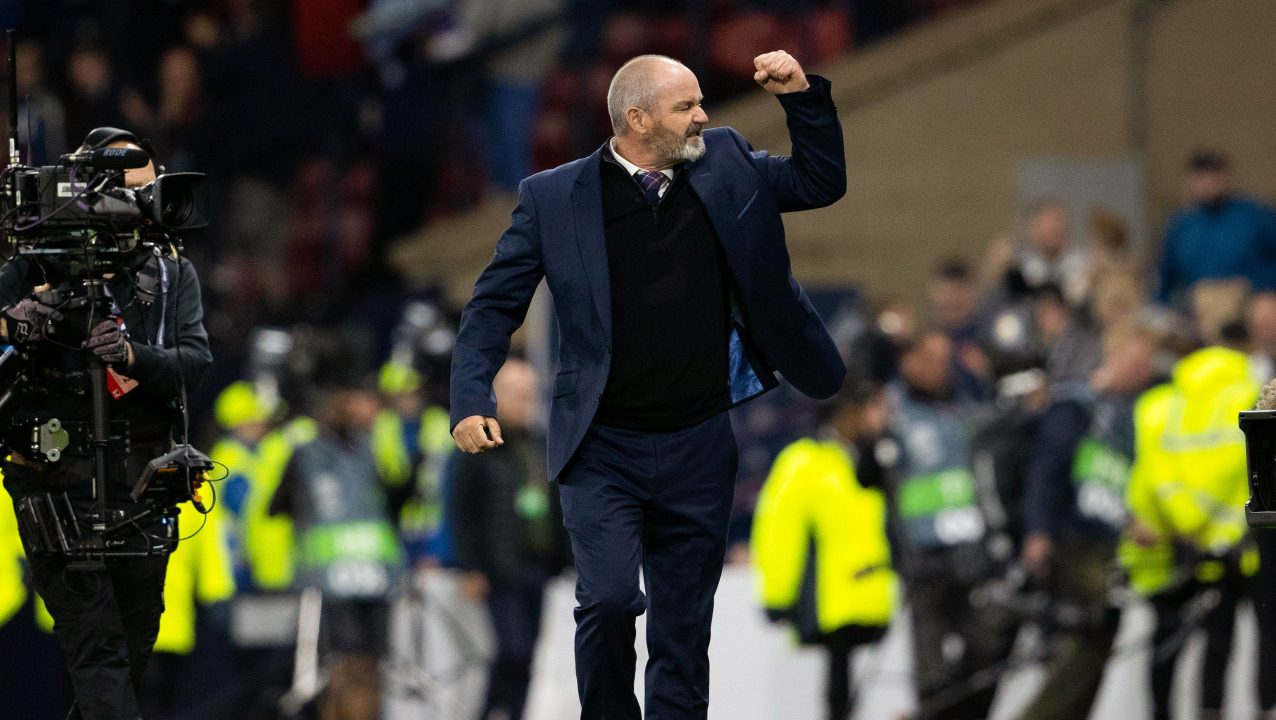 Scotland manager Steve Clarke saw his side beat Republic of Ireland in a hard-fought Nations League contest at Hampden, and said the team got rewards for being patient.

John Egan had put Ireland ahead after 18 minutes when he seized on a loose ball from a corner and buried a shot past Craig Gordon.

Scotland created chances to get back into the game and soon after half-time Jack Hendry headed in from a Ryan Christie cross.

The provider then turned goalscorer as Christie scored a late penalty to put Scotland top of the group.

“It was as tough a game as we expected,” Clarke said. “Obviously you could see in the first 20 minutes that Ireland had had a clear week to prepare for the game.

“We were still suffering from circumstances beyond our control and it took us a little bit of time to get a foothold in the game. Unfortunately in that time we had conceded from a set play, which plays into Ireland’s strengths because they’ve got good pace up front and they’re a good counter-attacking team.

“I thought towards the end of the first half we had better control of the game. I said to the boys at half time just to stay patient and keep working the ball into good areas.

“Eventually we did that.”

Scotland’s task was made all the more difficult with the loss of both starting full-backs to injury. Kieran Tierney was substituted after taking a knock to the head before Aaron Hickey had to come off after what appeared to be a muscle injury.

Clarke, who will now prepare his side for the final group game against Ukraine on Tuesday, revealed that both had been “precautionary”.

“Kieran got a head knock and the doctor decided to take him off, Aaron was also precautionary because he felt his hamstring a little bit tight,” the manager said. “Nothing to worry about, I don’t think.

“Just a consequence of being asked to play two games in such a short space of time which no other country had to do, only ourselves and Ukraine.”

The Scotland boss also had praise for goalkeeper Craig Gordon, who put in another impressive performance just hours after his partner had given birth.

“It was very early this morning so he didn’t get much sleep last night,” Clarke revealed. “I believe he’s got a lovely baby boy. Over nine pounds which is a big baby boy.

“Craig did what he always does. He had to make one big save in the game. He put the onus on to the striker and Craig made the save like he normally does.”