The Hearts star says his derby-winning goal was one of the best he's scored. 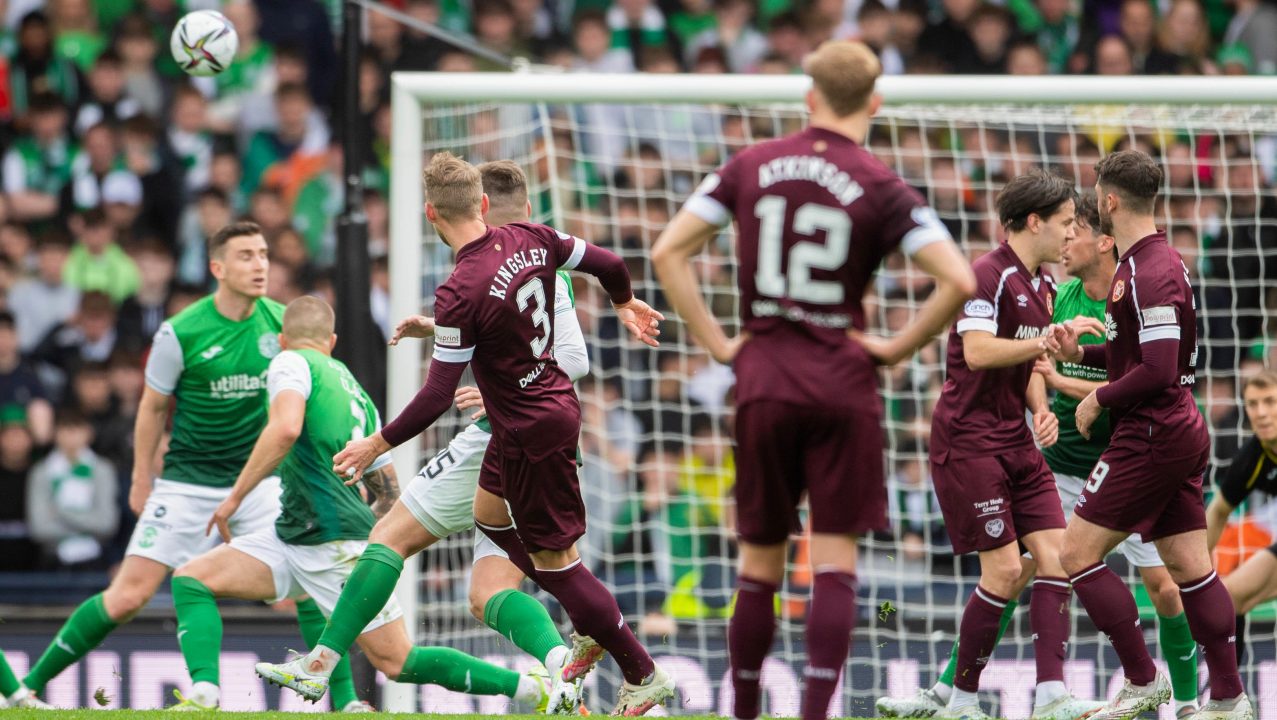 Stephen Kingsley celebrated the goal that put Hearts in the Scottish Cup final – then revealed the set-piece routine wasn’t one he had ever practised.

Hearts had already taken the lead against Hibs through Ellis Simms when they won a free kick 30 yards out and on the right hand side.

Kingsley stepped up and played the ball to Liam Boyce, who passed it back for Kingsley to curl a perfectly placed shot past Hibs goalkeeper Matt Macey and into the net.

Though Hibs quickly pulled a goal back through Chris Cadden, Hearts saw the game out to win 2-1 and book a place in the final, as well as ensure group stage football in Europe next season.

Hearts boss Robbie Neilson had been quick to credit coaching staff Lee McCulloch, Gordon Forrest and Paul Gallagher with the free-kick routine, but Kingsley revealed that the original plan was for a different player in a different position and that the goal had been improvised on the spot.

He said: “I didn’t practise it once, to be honest, because we were actually meant to do it on Barrie’s side, on the left hand side.

“It was kind of for him. We practiced that during the week for him on the left hand side. And it was something we actually felt quite, quite confident with.

“But when it was on the right hand side and it was way too far out for my kind of distance, my preferred distance, we kind of just had a word to each other and got Boycey in and set up on my side.

“Thankfully, it couldn’t have worked out any better.”

The defender has made a name for himself this season with the goal threat he provides but he said his derby winner at the national winner rates as one of his best.

Kingsley said: “I think before today the St Mirren free kick was probably the best one I’ve scored this season but as I said, where it is and against who it was and yeah, it was, it was a massive moment in the game.

“As I said, I was disappointed to concede the goal quite soon after but it ended up being the goal that takes us to the final.

“So I’m absolutely delighted with that. Yeah, it’s definitely up there.”