Stendel sees improvement in Hearts as they move up

A 3-3 draw with St Johnstone saw Hearts climb off the bottom of the table. 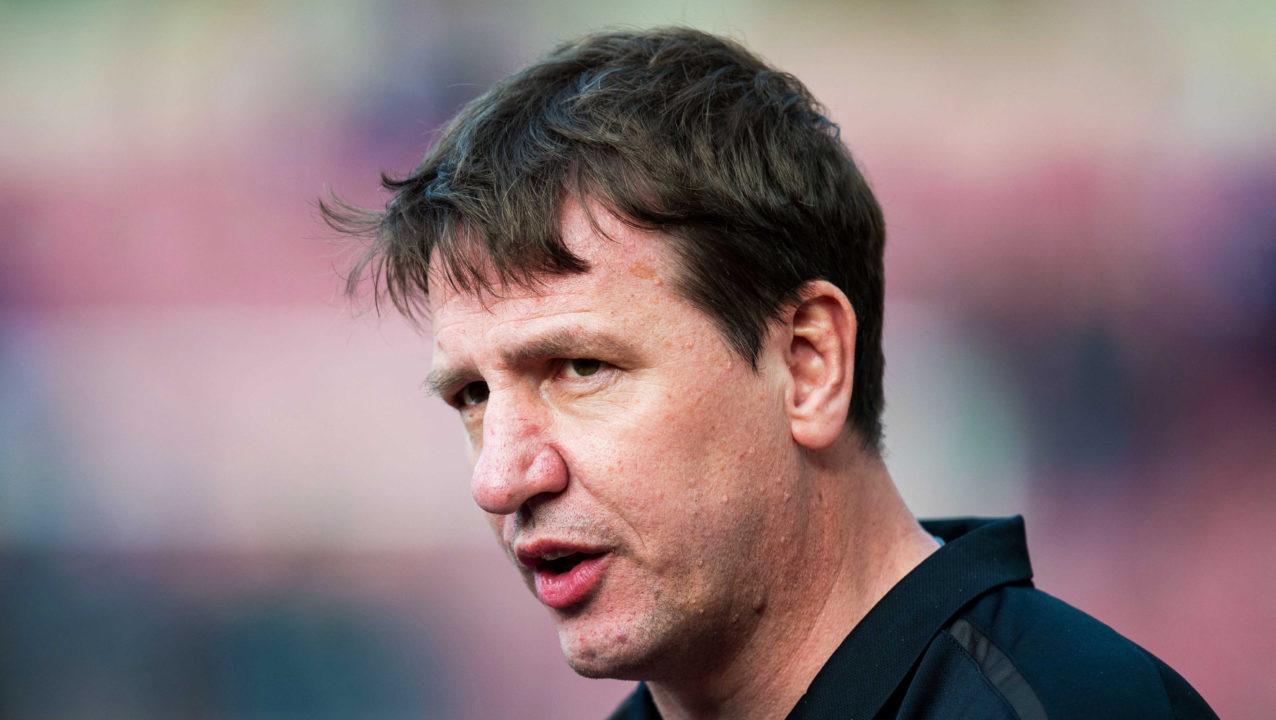 Hearts boss Daniel Stendel believes there’s been a big improvement in his side and praised their attitude as they climbed off the bottom of the table.

A last-gasp Sean Clare strike sealed a 3-3 draw at St Johnstone to move Hearts above Hamilton on goal difference.

Having been a goal behind, then 2-1 ahead, Stendel was impressed by the attitude to keep going when they needed a goal and feels his team is heading in the right direction.

“Especially in first half you can see we’ve improved so much, played well in possession,” he said.

“With the first shot at our goal we conceded but we stay playing with our style, we created chances, come back, we score two goals. We’re 2-1 in front at half time and I have not an idea that we don’t win this game, but after 93 minutes, we are happy with the point.

“It’s disappointing, we lost our heads in the second half. Maybe it’s a process. The good thing is that after we were 1-0 down, we say ‘it doesn’t matter, we play our game’ but after our history this season maybe, at the moment, we’re not so strong that we can play it for 90 minutes.”

Stendel took charge in early December and admitted previously that he found the job of turning Hearts around a little bigger than it looked from the outside.

One criticism he had was the lack of leadership from experienced players on the pitch.

Now, after the team has been unbeaten since the winter break, he is pleased with the attitude but still wants players to be more vocal and encourage each other.

“But we tried to come back, we got our chance in the last second and we used the chance. It’s also new for us that we never give up and we try to take our chance.

“It’s okay, we are no longer on the bottom of the table, one week before we were five points (behind).”

One positive for the manager was the continued form of goalscorer Clare, who has impressed while playing as a makeshift right-back.

Stendel was definite in his belief that midfielder had the attributes for the demanding role but said there was still room to improve.

“He brings a lot of things to this position; he is fast, he can defend well, he can dribble well, and he can score goals,” he said.

“It’s good for his confidence, his time at Hearts has not always been easy, but he has worked hard to change his view among the supporters.

“But I am also not happy with his performance on Saturday. He scored the important goal and we are all happy about this, but I think he can play better and he has to play better.”