Stendel is hoping his side can tighten up in defence for the relegation fight. 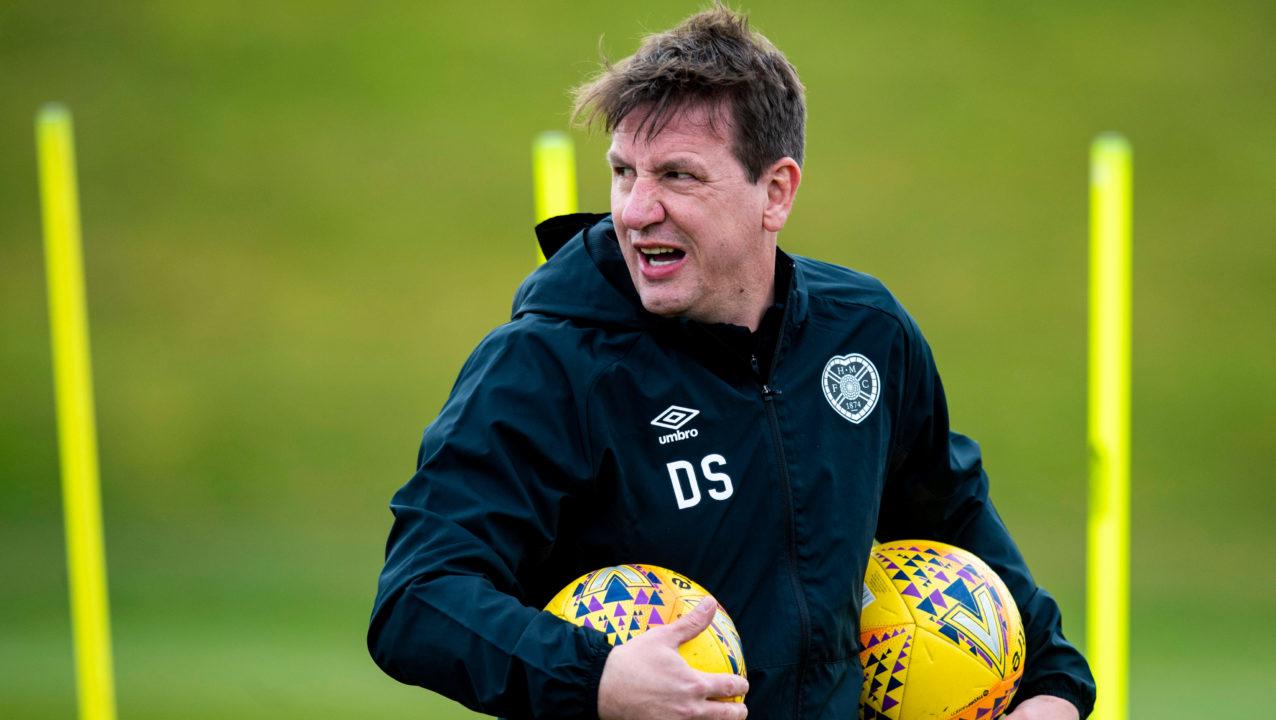 Daniel Stendel believes his Hearts players can handle the pressure of their basement battle against St Mirren and put pressure on the sides above them in the table.

Stendel has overseen an upturn in form in recent weeks, with Hearts unbeaten in four and including a Scottish Cup win over Rangers and a derby victory over Hibs in that run.

With only three points separating Hearts and Saints at the bottom, and Hamilton and Ross County just above the pair in the table, Wednesday’s game could be key in the relegation battle. Stendel thinks recent big games show his side can manage the big occasion.

“The pressure is a big point in this game, in who can handle it better, St Mirren or us,” he said.

“Can we handle it? Why not? The pressure in the last week was high and in the next week it will also be high, and against St Mirren.

“It’s a big game for both teams. When we played like we did in our last games and especially our defensive display, I think we will get the chance to win this game.

“I feel that after the last week we are in a good situation. We have stabilised in the last few weeks but we need to go forward.

“With a victory we can bring us closer together with Hamilton, Ross County and St Mirren, and St Mirren know if they win the game they can take the gap over us to six points.”

Though Hearts have been putting points on the board, the side’s leaky defence continues to frustrate the German and he wants calm heads at the back to give the forward players the chance to make the difference.

“What we have done in the last few games is good and I want to keep this.”