Stendel: Derby win breeds confidence but it’s only one step

The Hearts boss says his team have a good chance of beating the drop if they maintain form. 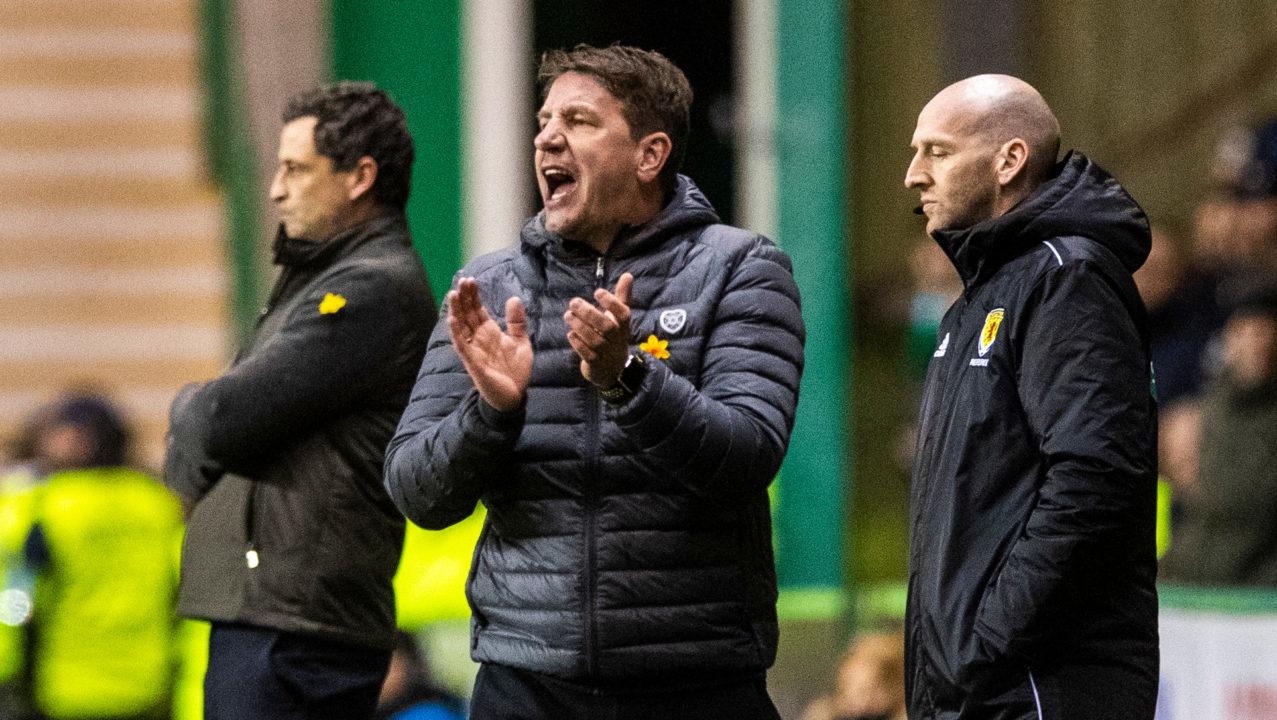 Daniel Stendel believes his players will take a huge boost from their emphatic 3-1 win over Hibs in the Edinburgh derby but he warned it was only one step in the fight to avoid relegation.

The victory at Easter Road came after Sean Clare, Oliver Bozanic and Conor Washington found the net before Melker Hallberg scored a late consolation for the hosts. Three points moved Hearts off the bottom of the Premiership table, leapfrogging Hamilton into 11th place.

Stendel applauded his players’ effort and said that confidence would grow from adding a derby win to Saturday’s Scottish Cup victory over Rangers.

“It’s my first derby victory and I think the result was great today,” he said.

“It was open for both sides for a long time. Not so many chances in the first half, and we wanted to stay more compact. In the second half the penalty changed the game a little to our side. It made space and we used the space today and made three goals. It was great. A great win.

“It was really good [in terms of fight]. It was important that we win the game but we fight so much for the clean sheet that I was unhappy for my players that we conceded the goal so late.

“But we deserved to win and they deserve some happy hours after previous games.

“It’s only one step, one game in the league. We have ten games left and we need to do it again on Saturday.

“It’s good for our confidence that we show we can win two in a row and I hope we can now do three in a row.”

Hearts face Motherwell at Tynecastle on Saturday before travelling to Paisley to play tenth-placed St Mirren four days later. Stendel said that showing the same collective attitude would stand his players in good stead to put distance between them and the bottom of the league.

“We fought for every ball tonight and we didn’t do every thing really well but you have the feeling we tried to do it better in every situation,” he said.

“When we do these things together and we win games I think this is the main key for us. If the players take it into the next games then I think we have a good chance to climb.”

Asked if he felt that his side could beat the drop, he said: “We have ten games to play and when we play like this I feel we have a really good chance.”

Hibs boss Jack Ross said: “There are a few things to take from this match. The soreness and rawness from losing a derby is there.

“I’m not encouraging them not to feel that because it’s important to recognise how sore it is.

“The players will now be told they’re really poor, but they’re not.

They’ve shown that and they’ve got an opportunity to put that right in five or six weeks.”