The Hearts boss feels the players are "a little too positive". 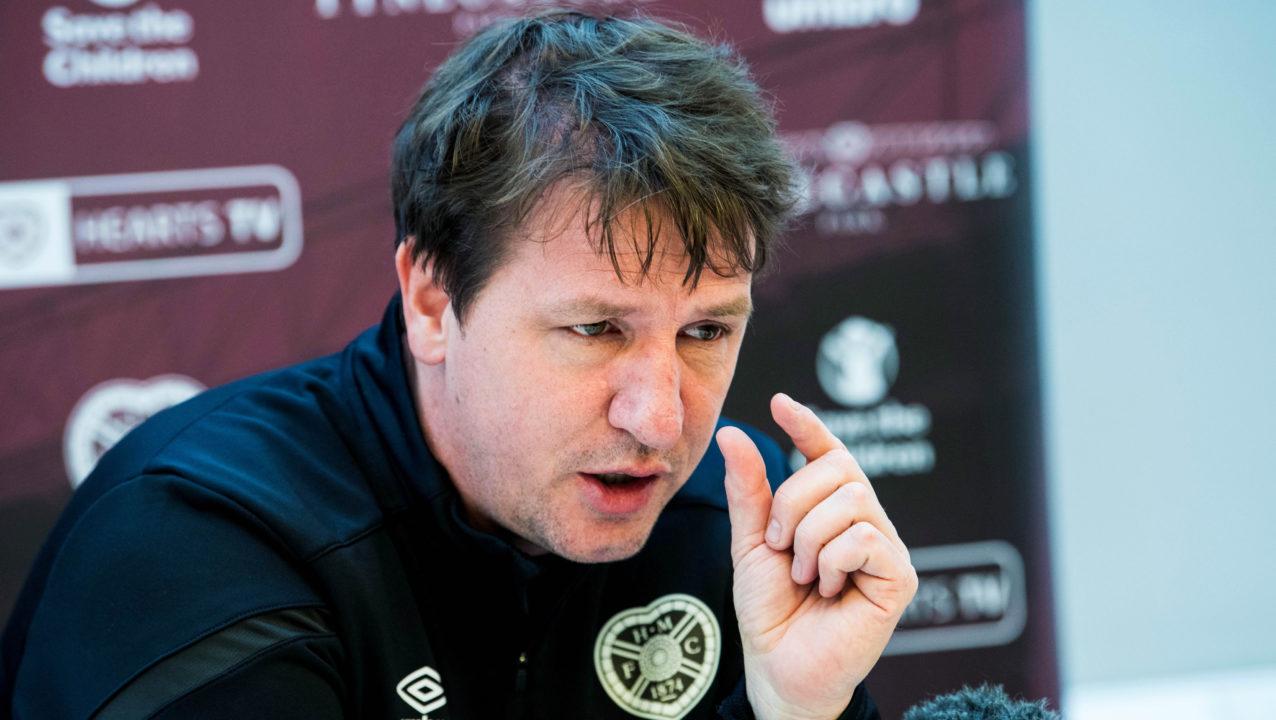 Hearts boss Daniel Stendel admits his side are short on time as they bid to avoid relegation and believes his players need a “reality check”.

Stendel was appointed as Craig Levein’s successor in December but the team remain at the bottom of the Premiership table, one point behind Hamilton in the play-off spot and three points off tenth-placed St Mirren.

The manager is preparing his players to play St Mirren on Friday in a match that could be key in the relegation battle, he revealed that he felt the seriousness of the threat hadn’t hit home yet.

He said: “Everybody needs to ask themselves, what can they do to change this? We do it every time. I hope, especially after last two weeks, everybody asks themselves what they can do better on the pitch because the atmosphere is a little too positive for me.

“Everybody says ‘we’ll stay up, we’re too good to be relegated, we’ll win the next game’

“This is not the reality at this time.

“We said it last week but we need to start and we need to improve more.

“Every game is one game less and there’s not so much time until the end of the season. Everybody needs to work so much harder for this goal.”

Hearts captain Steven Naismith this week shot down talk of a split between players and coaching staff and Stendel denied that there was a problem in getting his message across.