Keanu Baccus 'couldn't be happier' after playing against the world's best for Australia. 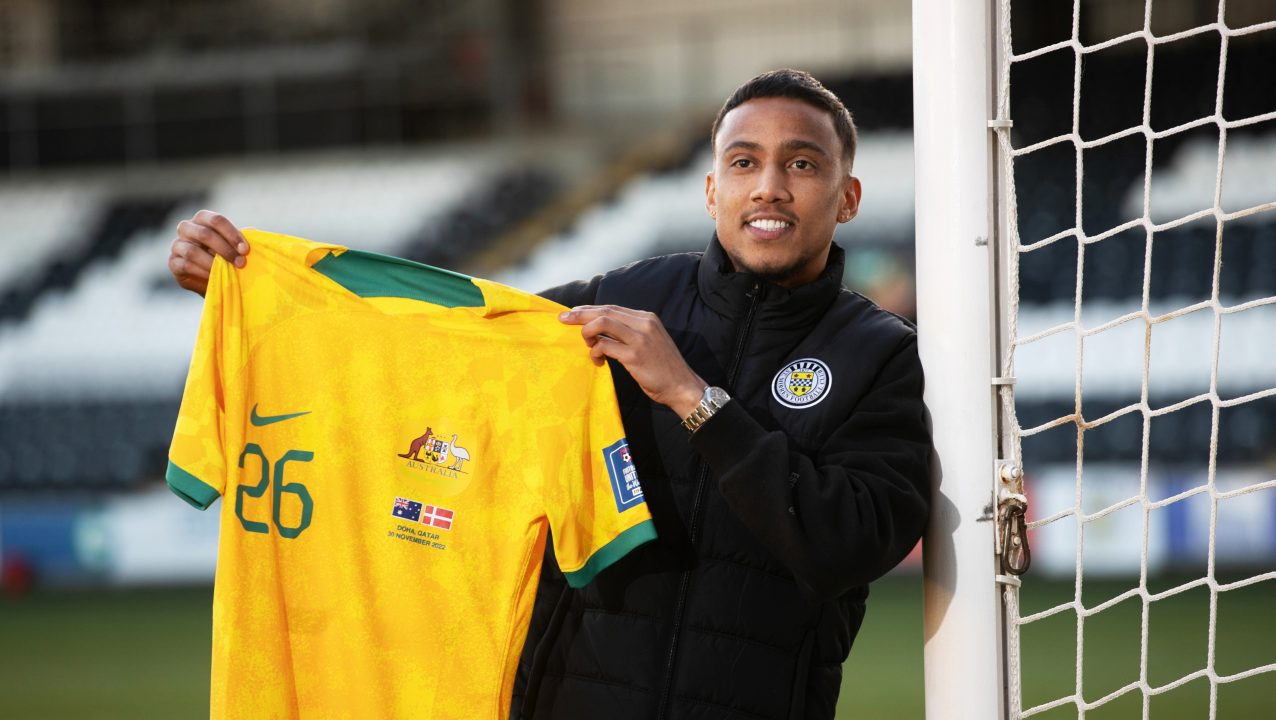 Keanu Baccus admits it was a strange and thrilling experience to go toe to toe with Argentina star Lionel Messi at the World Cup, and will use the lessons learned to lift his career to a higher level.

The St Mirren midfielder only made his Australia debut in September, getting a call after impressing in the Premiership, and was a surprise call-up to the final national team squad for Qatar.

Once at the World Cup he took his chance, impressing with second half substitute appearances against France, Tunisia and Denmark before facing Argentina and Messi in the second round.

Now back in Paisley after the Socceroos’ exit from the tournament, he says he couldn’t be happier with his whirlwind introduction to international football.

“It was an amazing experience,” he said. “Who would have thought a couple of months ago I would be here?

“I’m thrilled and happy for myself but also for my family and everyone involved.

“I went there with no real expectations. I just wanted to go and keep doing what I’ve been doing for St Mirren, just continue that over there.

“You need a bit of luck as well so I got on a couple of times and did well and the manager backed me for the Argentina game so I’m very happy.”

The highlight was going up against one of the greatest players of all time and Baccus admits that it didn’t seem quite real to be competing against the PSG star.

“It’s surreal how good he is,” he said. “How he watches the game, sees it and takes it on himself.

“It’s very special because not many people can take the ball from anywhere in the field and back themselves and be confident to go at people.

“I was trying to watch over my shoulder all the time at where he was and what he was doing. In the game it’s harder but he’s a special player. He looks fake on the field, it’s like looking at a wax statue to be honest.

“Amazing to play against him. I was trying to learn but it’s hard when you’re in the thick of it.”

The 24-year-old took confidence from being up against the elite level players in Qatar and said that it showed the heights he and his teammates could reach.

“We aspire to get there and I believe I will get there but as an Aussie you dream but you don’t know where that can take you. It’s a bit sad because there’s some great players in Australia.

“We can go toe to toe with anyone and we did that. We know we’re good enough to be there. It just shows you have to work hard and it’s within reach.

“[My personal belief] has improved massively but I also know there’s things I need to improve on to get to that level.

“I said to one of my mates that the players are very sharp mentally and sharp in what they do and how they act. They minimise mistakes with how good they are and how smart they are.”

The platform given to Baccus at the World Cup inevitably means other clubs will have seen his progress and Australian pundits have said he should be considering a move when it presents itself. St Mirren manager Stephen Robinson has also admitted he expects interest in the January transfer window.

The midfielder was at pains to state how St Mirren were due “massive credit” for helping him break into the Australia squad and that he was happy working in Paisley. However, he admitted that he had ambition to get to the very top of the game.

“I have career aspirations,” Baccus said. “It’s nothing to do with the club or anything that the club had done. I’ve loved every minute and I’m still here now.

“Let’s just take it month by month and game by game. That’s what I was doing before and I’ll keep doing that and not worry too much about the future.

“I’ll definitely perform my best for St Mirren first and everything came off the back of that at the start and hopefully that continues.”