The 2010 world champions missed their three spot-kicks after 120 goalless minutes. 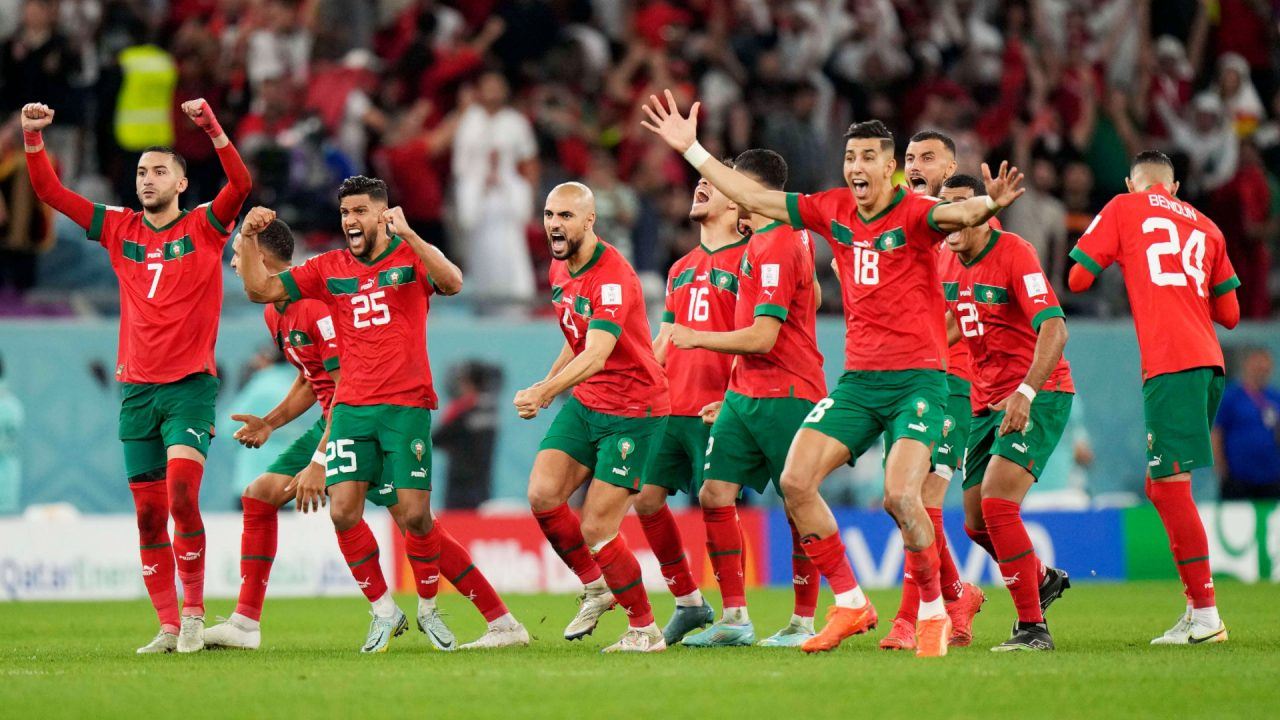 Spain are out of the World Cup after losing on penalties to Morocco in the last 16.

Madrid-born Achraf Hakimi hit the winning penalty, showing no fear with a panenka, after Sevilla goalkeeper Bono had saved from both Carlos Soler and Sergio Busquets, with Spain failing to convert any of their three penalties after Pablo Sarabia hit the post with the first.

It was hardly the return Spain boss Luis Enrique had been looking for after telling his players they must practice 1,000 penalties each with their clubs before travelling to Qatar, and it saw Morocco claim another huge scalp after beating Belgium in the group phase.

Spain were left to rue a Sarabia shot which struck the outside of the post in the third of three minutes added on to the goalless 120 at the Education City Stadium – but Walid Regragui’s Morocco side were worthy winners as they triumphed 3-0 in the shootout to advance to the quarter-finals.

The North Africans held Spain to only one shot at goal in the first half – their fewest on record in the opening 45 minutes of a World Cup match – with tenacious defending throughout.

Morocco occasionally flirted with danger playing out from the back – never more so than when Bono’s clearance was quickly sent back in midway through the first half, but Ferran Torres was offside when he played it back for Dani Olmo to hit a shot the keeper did well to tip on to the bar.

Spain’s only opportunity that would have counted before half-time came two minutes later but Marco Asensio fired into the side-netting, and instead it was Morocco who threatened to break the deadlock.

Noussair Mazraoui nicked the ball away from Torres before hitting a 30-yard shot which Unai Simon saved.

Next, Sofiane Boufal’s cross found the head of Nayef Aguerd, but he could not keep his header down at the far post. Moments later, Aymeric Laporte had to keep Hakim Ziyech’s pull back from finding Youssef En Nesyri in front of goal.

Spain needed 10 minutes of the second half to test Bono for the first time, with the Morocco stopper punching clear Olmo’s shot from a tight angle on the left after Gavi won a free-kick off Hakimi.

The game became increasingly nervy as Morocco continued to frustrate Spain without being able to create any openings of their own.

Luis Enrique sent on Alvaro Morata and Soler in place of Gavi and Asensio, while injuries hit Morocco – a limping Boufal was replaced by Abde Ezzalzouli and Aguerd was also forced off, replaced by Jawad el Yamiq moments after Morocco had made a triple substitution.

A second half in which desperately little had happened came alive as extra-time loomed. Walid Cheddira tried to spin after being picked out by Hakimi and Simon only just got away with a poor first touch under pressure from Ezzalzouli.

In between, Soler’s free-kick found Morata at the far post but he headed high and wide.

With seconds left on the clock, Olmo arrowed a free-kick through the crowd but Bono did well to punch it clear.

Morocco were first to threaten in the extra half hour, but Cheddira took too long to pull the trigger after racing through, possibly offside, and Laporte recovered to poke the ball away.

Cheddira did get a shot away in the 104th minute after Rodri was unable to cut out a through ball, but Simon made the save to keep the scores level.

The game became increasingly stretched as players suffered with cramp, and neither side could find a way to prevent a shootout as Sarabia saw his shot from a tight angle brush the post and bounce clear.